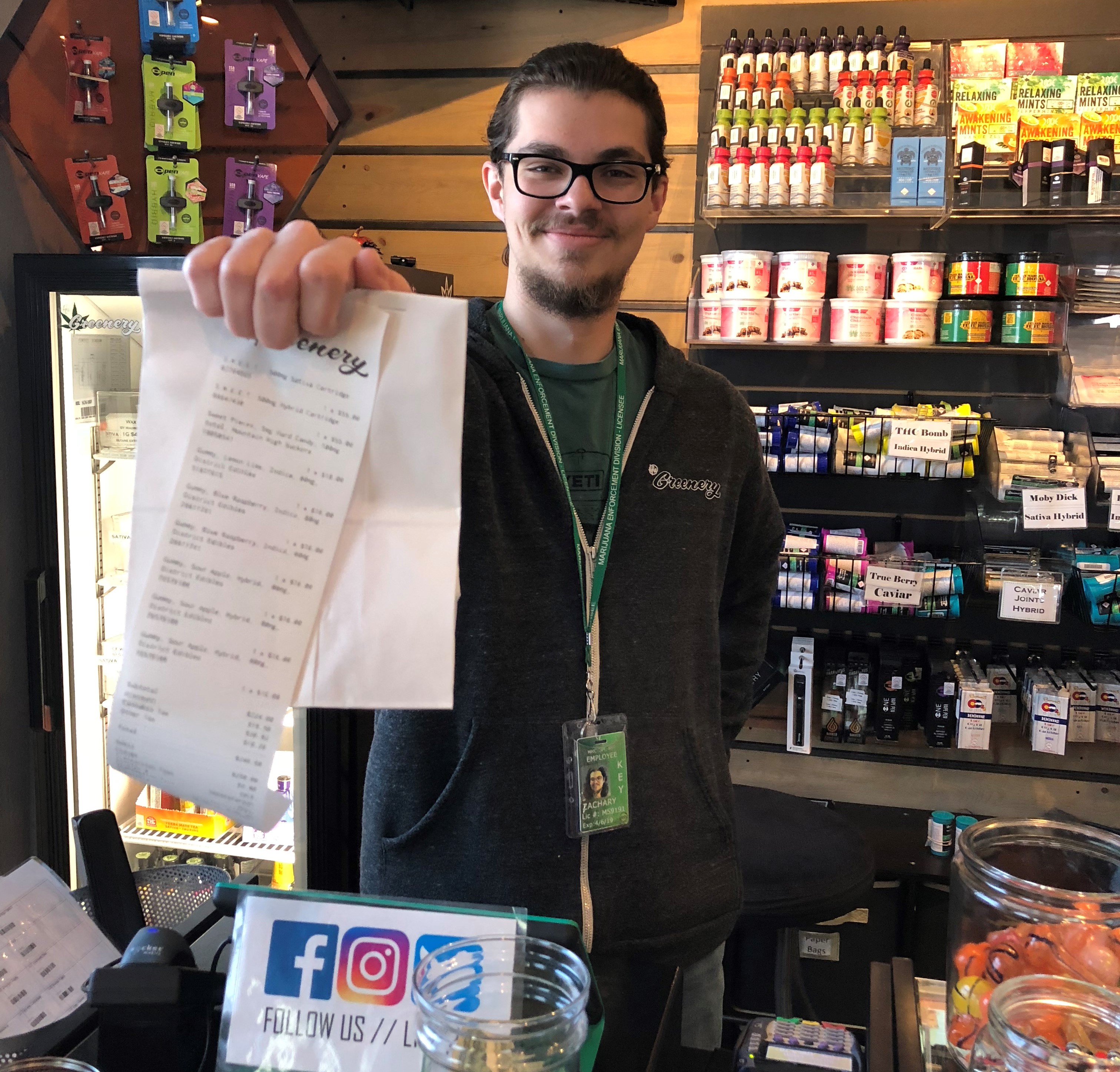 Every so often, after I’ve sold someone marijuana in our dispensary and handed over his or her order, he or she will look at me as if they’ve been left holding the bag (quite literally). He or she will hold their pot like it might bite, and then he or she will confess: “Um… this is my first time buying marijuana legally… what’re the rules?”

Honestly, I’ve had to assure customers in the past that they wouldn’t be arrested as soon as they left—as if our store were nothing more than a trap rigged by the man—and I understand; one hundred years’ worth of nonsensical marijuana laws are bound to make the first-time shopper a little nervous. So, when I encounter the “now what?” type of question, I always do my best to assuage the fears associated with purchasing marijuana, and I give those first-time shoppers a little legal lecture that goes something like this:

“Here at The Greenery, we always staple your bag shut with the receipt on the outside—as soon as we do this, your purchase becomes a ‘closed container,’ and so long as you keep it that way and out of the driver’s reach, you’re good-to-go regarding traffic stops.” At this point, I usually staple the bag for emphasis, and then I continue…

“And it’s perfectly legal to possess the amount I’ve sold you. But in case you were wondering, in Colorado, you can legally possess a maximum of either one ounce of marijuana flower, eight-hundred milligrams of edibles, eight grams of concentrate, or any combination thereof that does not exceed the ‘marijuana equivalency rules.’ For example, you’re allowed to have on your person a half-ounce of flower, two grams of concentrate, and two-hundred milligrams of edibles. But you don’t need to worry about that when you shop here because we will never sell you more in a single transaction than you’re allowed to possess.” This is usually when my fearful first-timer will start to relax…

“Also, you must be 21 or over with a valid ID proving as much to purchase or possess marijuana, but you already knew that because I carded you when you walked in the door. And it’s important to remember that it’s a felony to give or sell marijuana to a minor.”

For the record, this is one of the longstanding marijuana laws that I agree with wholeheartedly. I have a teenaged daughter, and another one who isn’t far behind, so I have strong opinions when it comes to children and marijuana. And just like with alcohol, kids will walk around “tapping shoulders,” as they call it, asking grownups to go to the dispensary for them. It’s important for first-timers and regulars alike to know that saying “yes” is a federal offence, and at The Greenery, we simply will not sell to a customer who we suspect might’ve had his or her shoulder tapped. Anyway, moving on…

“When it comes to driving, it’s important to remember that it’s illegal for a driver or passenger to consume or use marijuana in a vehicle, and just like with alcohol, it’s illegal to drive under the influence of marijuana. The legal limit is five nanograms of THC per milliliter of blood, and it’s very easy to get to this limit, so please don’t smoke and drive.”

At this point, the first-timer is usually completely at ease, but they might have a follow up question or two, like, “well, if I can’t smoke in my car, where can I smoke?”

“Well,” I say, “it’s illegal to consume marijuana in public. You’re only allowed to smoke or consume marijuana on private property with the property owner’s permission. If you’re staying at a hotel, just ask someone at the front desk if it’s okay, because plenty of the establishments in Durango are 420 friendly.”

And that’s about it. I’ll ask if there are any other questions, I’ll answer them if there are, and then the first-timer and I will part ways, usually with a handshake. Today, I simply wanted to be proactive and write about Colorado’s marijuana rules and regulations because you might be a potential first-timer, and this is stuff you need to know. But if it’s still a little foggy, just check out Good to Know for more information. Or, if you’d prefer, just stop by our dispensary; we have flyers in our store you can take for free that sum up everything you just read. And as always, please don’t ever be afraid to come in and ask one of our affable budtenders about the rules and regulations. We’ll make sure your first-timer frown turns upside-down, because We’re Your Best Buds, and that’s what we do.