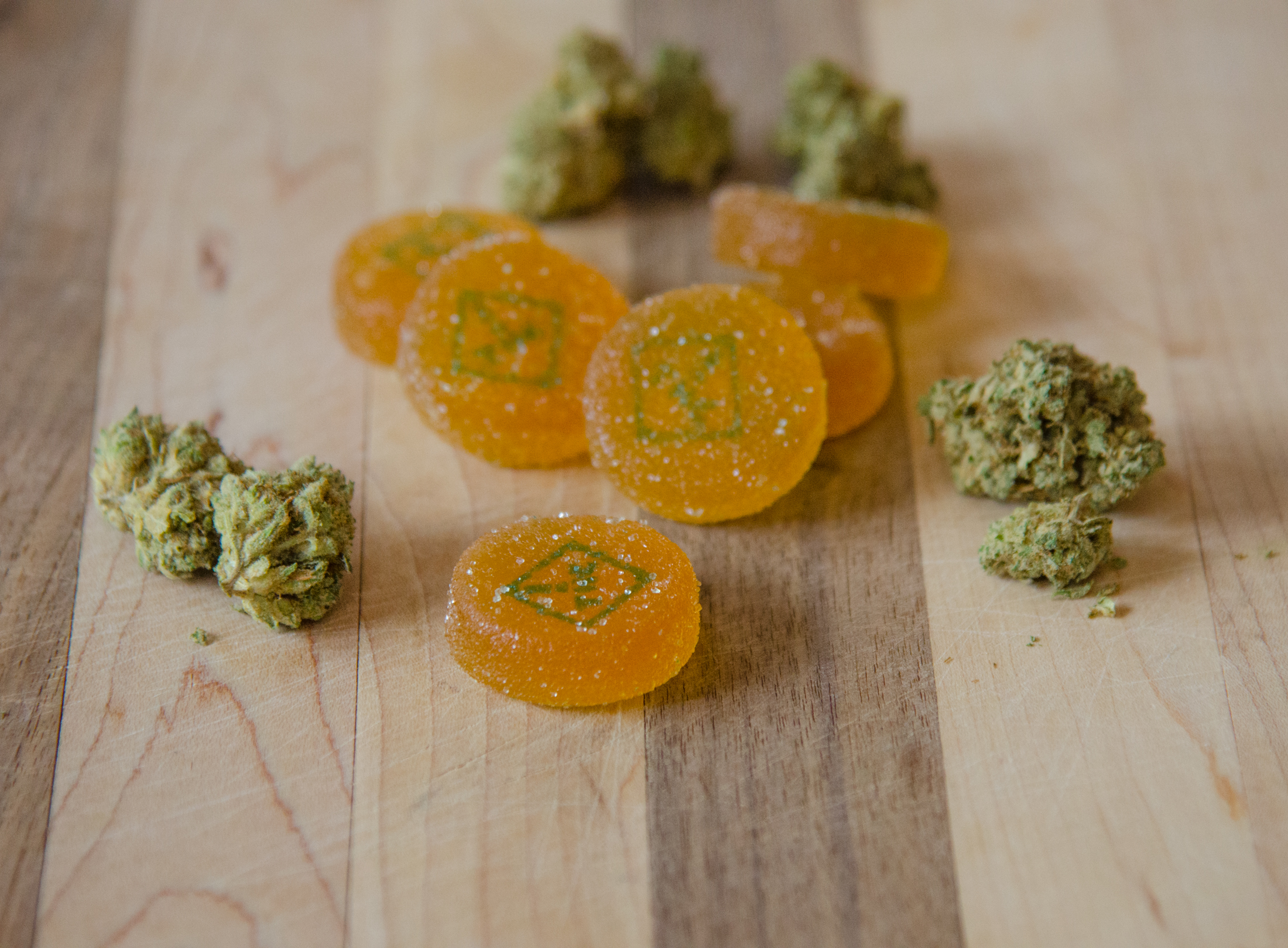 “I ate way too many edibles this one time,” said every stoner, ever. For real. Everyone I know who enjoys the occasional edible has a similar horror story—one they look back on with an embarrassed shake of the head—because eating one milligram too many is an easy thing to do. So, as a stopgap, I’m going to share my story with you, and then I’ll tell you how to avoid the same mistake. Here it is:

I have my medical card, so I have to be especially careful—The Greenery is a recreational-only dispensary, so our edibles are limited to ten milligrams of THC per serving, but the medical shops around town don’t live under the same restrictions: I’ve seen them sell one-hundred-milligram brownies that’re small enough to eat in one bite, and that’s just scary, when you think about it (but I’ll get to that in a second).

Before I hired on here, I shopped at a medical place downtown. The sour gummies they sold were my favorite. Each gummy was ten milligrams, and two of them would put me exactly where I needed to be. But this one time (see?), the company that made my favorite sour gummies doubled their per-piece dosage. Nobody told me. And I’d just made it through an especially trying week, so I decided to have three gummies instead of two, because, you know… dumb. Anyway, as soon as the flavor faded from my mouth after gummy-number-three, something on the package caught my eye. I read on. And then the “oh shit” bubble appeared over my head as I realized I’d just eaten sixty milligrams instead of a hearty thirty. I got a glass of water and hunkered down with my afghan. Crazy things were coming…

I’m going to take a break here and tell you what you’re supposed to do if you eat too many edibles: stay hydrated, and remind yourself that the world isn’t ending. Pot isn’t anything like alcohol or narcotics, and for an adult, it impossible to overdose, even on edibles. All you need to do is find a safe place, drink water, and weather the storm, because nothing about marijuana is permanent. Anyway, let’s get back to it…

My story doesn’t end like a few of the good ones I’ve heard: I didn’t end up marooned in a tree or lost topless at a music festival. But I did end up on my bed, small and bundled as I fought the panic with the fetal position. I’m not going to minimize the feeling just because I’m a proponent of selling edibles to people; it’s my job to be honest with you and that’s what I’m going to do.

That night, it felt like my brain was interdimensional.

The world around me shrank and expanded, and I lost communication with my extremities somewhere along the way—there were dizzying thoughts and tumbling worries, and I just wanted it to end. Of course, I eventually passed out after an hour that was amusing only in retrospect, and the next morning, everything was right as rain. I didn’t even have a marijuana hangover, because they don’t exist. But I’ll tell you here and now that taking sixty milligrams of edible marijuana is something I’ll never do again.

But really, that doesn’t do you any good because everyone is different when it comes to edibles. We all have different metabolisms. So, while sixty milligrams might be a Hunter S. Thompson novel for me, the same dosage might not do a damn thing for you: everyone must find their own dosage. The trick is to take it slowly and not be reckless (you know, pretty much the way you’re supposed to live life), because if you do it right, an edible high is a wonderful, warm thing that you’ll want to relive over and over. So, I recommend that you start by taking a single serving, or less, and then gauge the effects. As I mentioned, at recreational shops in Colorado, everything tops out at ten milligrams per serving and one-hundred milligrams per package, so the “single serving” you should start with is ten milligrams. I rarely repeat myself or use bold typeface, but this occasion warrants a break from tradition.

Secondly, after you eat those ten milligrams, wait a solid hour before even thinking about eating more. That boldness was justified, too. For most people, it takes an entire hour before edibles start affecting the brain, and it takes two hours before you feel the full effect; the last thing you want to do is get impatient and toss more kindling into the fire. And after an hour, if the effect isn’t strong enough, remember that THC is lipid-soluble. If you’re not feeling anything, eat a handful of peanuts or half an avocado; the healthy fat will get down there and help the pot do its magic; it’s a symbiotic trick that’ll save you from an experience like mine.

Third, if you’re small like my wife, I’d recommend taking it a step further and halving that “single serving.” At The Greenery, we sell quite a few edibles that come in five milligram servings—like Highly Edible Pucks or Mountain High Sweet Pieces or Dixie Mints—and if you have a low THC tolerance, this might be the place to start.

And lastly, don’t feel like you need to remember all of this, and please don’t let it scare you away from a good time. Edible marijuana is the greatest invention since marijuana-infused sliced bread (learn how to bake it here), and all you need to do is be responsible when you experiment. As to remembering it all, at The Greenery, every single one of our budtenders knows what you just read—if you have questions, come in and ask them. If you buy edibles, and you’re interested, we’ll even throw into your bag a cheat-sheet that talks that talks about dosages and times so you don’t have to take notes. That’s the least we can do, because we’re Your Best Buds, and we want you to have a safe, enjoyable, edible time.