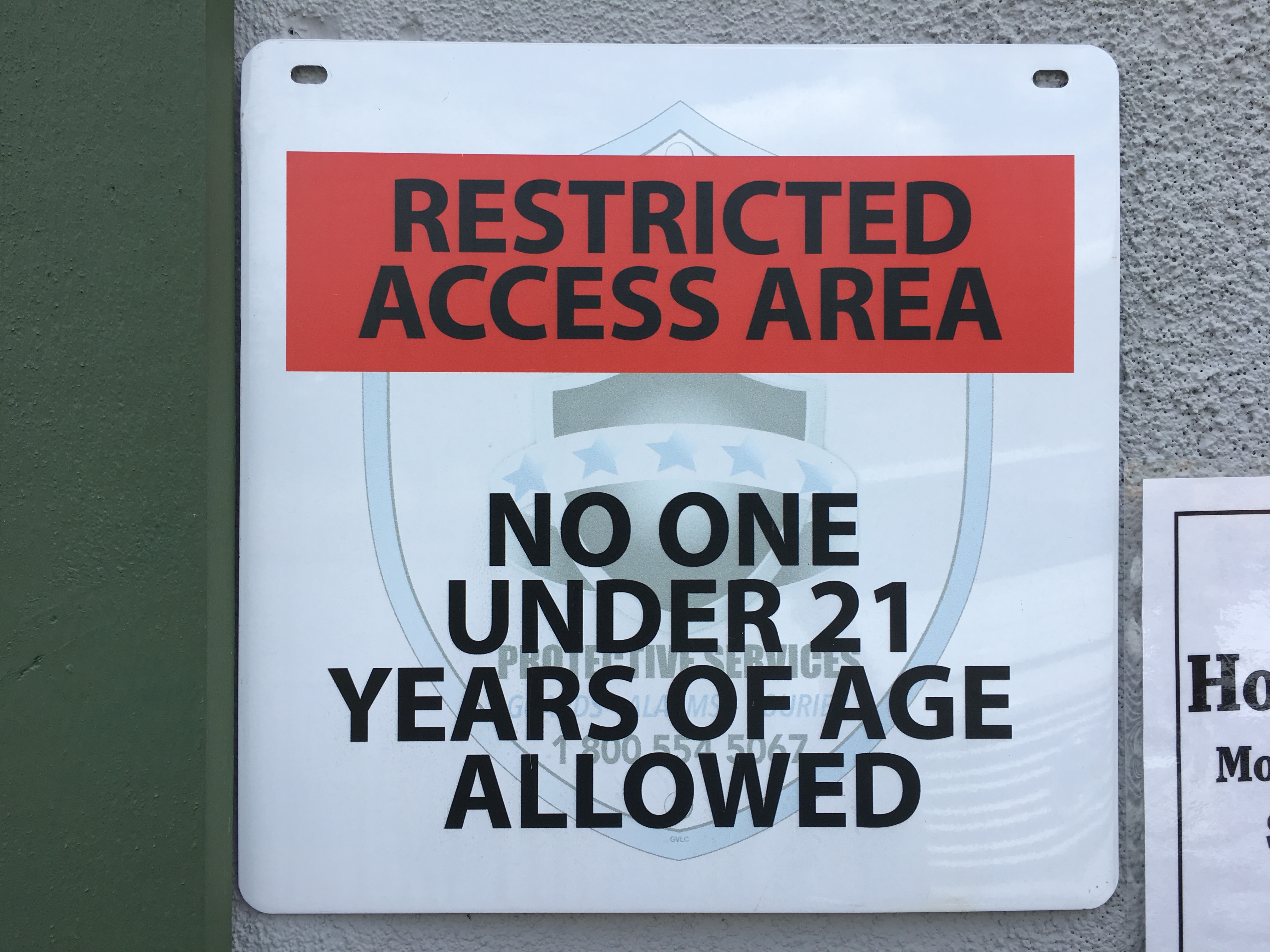 You can pick your platitude—oil and water, family and business, drinking and texting—because they all work: children and marijuana don’t mix. Trust me, I’m speaking from experience: I was one of those not-so-good children who started smoking way too early, and I have a precocious teen who smells a little suspicious from time to time. She’ll walk in our door after a night out and start being super nice, which for a teen, is a dead giveaway that something is amiss (the red eyes and copious amounts of perfume round out the trifecta of obviously-stoned-minor). Of course, I tell her that smoking pot at such a young age isn’t the best of ideas, and of course, she always comes back with the classic teenaged rejoinder: “dad, you smoke, and you work in a dispensary, so you’re a hypocrite.” But am I? Am I failing to practice what I preach, as my daughter would have you believe, or am I making a prudent parenting choice by yelling “hell no” every time my daughter thinks it’s okay to ask her parent who works in this industry for marijuana? Well, I’ll tell you the same thing I tell her, and let you decide. And if you’re a parent, please take notes because this information might come in handy.

The first issue to consider is addiction. Most professionals in my situation will tell you that marijuana isn’t addictive, and to an extent, this is true because all the studies out there show that the human body doesn’t become chemically dependent on cannabis, even after long-term use. As a side note, did you know that it’s actually possible to die from alcohol addiction withdrawals? Crazy, right? Anyway, while marijuana might not be chemically addictive (like every other recreational drug known to man), I will admit that it’s possible to become emotionally addicted to pot. For the record, it’s also possible to become emotionally addicted to donuts, and diabetes will kill you, so I’d still argue that pot is safe for adults.

The National Institute for Drug Abuse calls an emotional addiction to weed “marijuana use disorder,” and as a parent, it’s important to know that teens who start smoking at a young age are four to seven times more likely to develop this condition. The reason for this is simple: the frontal lobe of a child’s brain (the place where decisions happen) isn’t fully developed. If a child makes a decision, like using marijuana as a coping mechanism, and the decision turns out to feel beneficial, the choice becomes validated mentally and the teen becomes more likely to make the same decision over and over again. The teen will start to rely on marijuana as a crutch because it worked out the first time—this same thing can happen with alcohol and sex and all the other things we try to steer our children away from. That’s why it’s important to have an adult’s maturity and life experience before smoking pot: we know what’s responsible and right, just as we know what’s just a temporary fix, like getting high.

The health risks associated with marijuana use also need to be considered. The truth is that we just don’t know what happens to children when they smoke because it hasn’t been studied sufficiently. True, we know for a fact that medical marijuana offers a much better alternative to traditional pharmaceuticals when it comes to treating seizures, the pain and appetite loss associated with cancer, and many other illnesses that befall the young, but we really don’t know what stems from chronic recreational marijuana use by children. The experts say it might interfere with cognitive development or that it might lead to a lower IQ, but only time will tell. And that’s why it’s important to arm yourself with something better than “I’m a grownup and it’s legal for me, and you’re a kid who will get in trouble, so that’s why I can smoke and you cannot.” Teens will rebel against such a line with all the angst in their arsenal, and it’s important to tell them the truth: children who use marijuana might become dependent or underdeveloped mentally, and they don’t have the maturity needed to make good decisions about repetitive marijuana use because their brains aren’t as developed as an adult’s. Saying something like this to your child will shut them right up because no amount of teenaged attitude will defeat facts and logic, and there’s no way they’ll be able to call you a hypocrite.

At The Greenery, we take this issue very, very seriously. We’re stewards of this industry, and quite a few of us are parents; we don’t want our kids smoking pot just like we don’t want your kids smoking pot. We card everyone who walks through our door, and if the ID doesn’t prove that someone is twenty-one-years old, we kick that someone out our door with quickness. But this doesn’t mean that we don’t support an adult’s right to smoke marijuana openly if they have children. That’s why we provide for parents in our dispensary educational pamphlets on how to talk to your teen about marijuana, that’s why we write blogs like this one, and that’s why we’ll take the time with any customer who asks to talk about being responsible with marijuana around children. Doing so is completely possible. We recommend that adults keep their marijuana locked away from their children, just like a responsible parent would do with alcohol and firearms. And believe it or not, there’re products on the market designed to help you get it done. There’re lockable, odor-proof stashboxes out there like this one—hell, there’re even safes out there like this one that’re designed specifically for keeping marijuana edibles in the refrigerator. All the tools you’ll need to be a responsible, marijuana-smoking parent are out there; you just need to look, and you just need to ask. So please, do exactly that. Come in to The Greenery and pick up one of the pamphlets I mentioned, or ask one of our budtenders about ways to keep your marijuana use discrete. We’ll give you the tools and advice you need, because that’s what Your Best Buds are for.