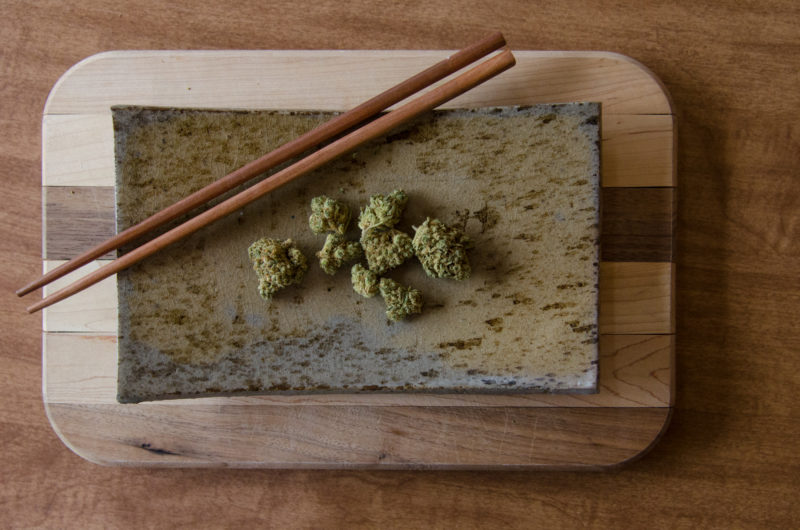 What’s Next for Marijuana?

What’s Next for Marijuana?

The new year is still young, so my brain is still stuck on the “new” motif when it comes to writing these pot blogs—this week, I’ve decided to write about what’s on the horizon for the legal marijuana market here in Colorado. But before I get to that, I wanted to remind you that our work to legalize marijuana is far from over. There are now 11 states that sell recreational marijuana, but that’s only 22% of our nation, and it’s not like cannabis is 100% legal even in legal states. For instance, did you know that marijuana is illegal on federal land even here in Colorado? If you buy something legally here in our Durango dispensary, but then take it into a National Park, you’re breaking the law, which proves that cannabis is taxed, but not legal (which is why the hashtag #taxednotlegal is so popular on social media). So, if you’re still looking for a meaningful new year’s resolution, I’d suggest, “try my hardest to normalize cannabis so it becomes legal everywhere.” Anyway, let’s move on to what’s coming up in the cannabis industry.

I’ll start with the regulations. For one, sometime in 2020, Colorado is going to allow “hospitality licenses,” which means that there will now be venues in which you can legally consume marijuana (think “bar,” but for weed, not alcohol). And I cannot tell you how wonderful this is, because before, there really wasn’t a way for tourists to consume marijuana legally. Before, marijuana had to be consumed on private property with the property owner’s permission, which meant that unless a tourist brought their house with them when they came to Colorado, they could buy pot, but they didn’t have a legal place to smoke it. It was a horrid Catch 22 that’s going away because soon, you’ll be able to walk into someplace with a hospitality license and smoke your pot after buying it (so you’ll be able to have your cake and eat it too).

And then sometime in 2021, the state is going to allow mobile hospitality licenses as well. Yes, this means we’ll have special limousines and party buses driving around Colorado in which you can legally consume cannabis. Part of the regulations will require that the driver be separated from the passengers by a barrier so he or she doesn’t get high from the party going on behind them (we think of everything here in Colorado). But that’s not all! Along with the limos and party buses, we’re also going to have legal home delivery in Colorado. Seriously. You’ll be able to order online or call a dispensary, and then some dude will show up at your door with pot instead of a pizza; these are exciting times.

Now, regulations are all fine and dandy, but what about pot itself? Well, there’s plenty of “new” there as well. Last year, the proverbial “they” figured out a way to genetically modify yeast so it produces THC instead of alcohol (read about it HERE), and I thought that’d be the pinnacle, but I was wrong. You can read the whole study HERE if you’re a pot nerd, but basically, they’ve discovered two new cannabinoids (THCP and CDBP) that bind ten times more effectively to the receptors in our endocannabinoid system than do THC or CBD.

To sum this all up, they’ve found more than 150 cannabinoids in cannabis, but we really don’t know what they all do because it’s been illegal to study them until recently, and because the cannabis plant produces only trace amounts of the minor cannabinoids such as THCP, so they’re difficult to isolate. But now, “they” can genetically modify yeast to produce whatever cannabinoid they want, and then they can study its effects. And with these two new cannabinoids specifically, the reason everyone is so excited is that because THCP and CBDP bind to our receptors ten times more effectively, which means that they’re ten times more potent and effective than other already-famous cannabinoids like THC. Again, all of this research is in its nascent stage, so we don’t yet know what these “ten times more powerful” cannabinoids do, but we’ll know soon because everything is changing (personally, I hope THCP makes you taller because I’m sick of being short).

Isn’t all of that just freakishly exciting? If you just said “no,” that’s okay (it just means you’re not a cannabis geek), but really, it’s difficult to not be excited by this stuff. The horizon is bringing us new cannabinoids that are ten times more powerful than last year’s, and soon, you’ll be able to get them delivered to your door, which is simply insane given that it was all illegal just a few years ago. And frankly, there’s no better place to stay up-to-date on these changes than the blog you’re reading right now because we’ll always do our best to keep our eyes on the horizon and let you know what we see coming, because We’re Your Best Buds!