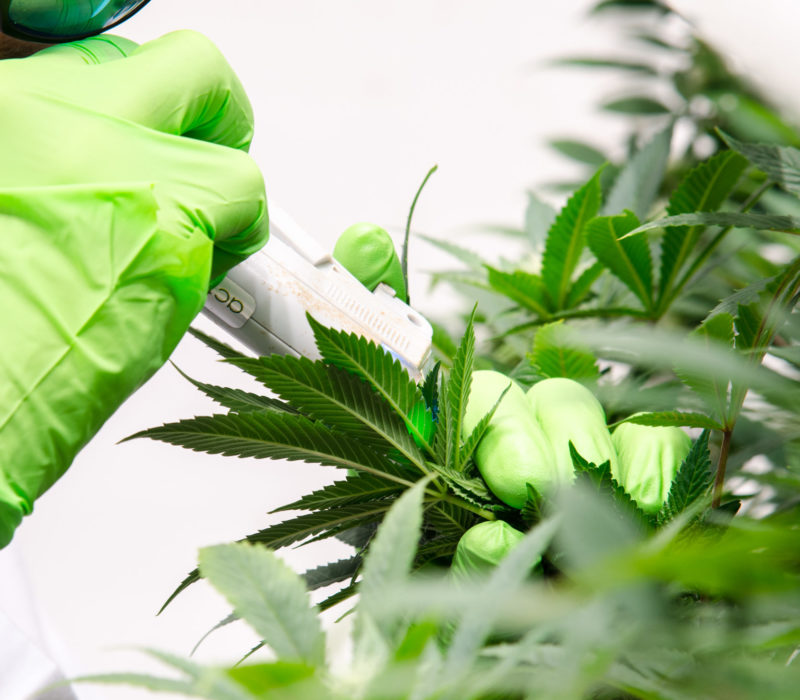 I can’t tell you how often I hear one of my older customers say something like, “man, marijuana sure has changed since my day,” but the funny thing is that most of these people don’t know how right they are.

As I’m sure you know, a “cannabinoid” is a compound like THC that’s found in cannabis. That’s the simple part. And I’m sure you also know that cannabis produces multiple cannabinoids, over 100 of them by some counts, but we don’t know what all of them do. The reason for this is that the cannabis plant is pretty good at producing the famous cannabinoids like THC and CBD, but all the others exist only in trace amounts in the plant—it’s exceedingly difficult to test a rare cannabinoid like CBC or THCV if you can’t isolate enough of the compound for testing purposes.

However, scientists have now figured out a way to genetically modify yeast to make it produce THC instead of alcohol. See what I mean by “mind-blowing”? Usually, yeast like this is used only to make booze. Those crazy little organisms are thrown in with a sugar-rich mash like grape juice, the yeast eats all the sugar, and then it poops out alcohol. It’s kinda gross when you think about it that way, but that’s the way it works. But now, thanks to genetic modifications, a new kind of yeast can be fed a soup of nutrients, including galactose (the sugar in brewer’s yeast), and it’ll pump out whichever cannabinoid the yeast had been modified to make. So now, if a scientist wants to create and isolate a bunch of CBC to see what its medicinal effects might be, they don’t need to grow tons of cannabis to extract a minimal amount of the cannabinoid. All they need to do is reprogram some yeast, feed it sugar, collect the CBC, and then start running tests. You can read more about it HERE if you’d like.

For the record, I know that “GMO” is an evil acronym to most cannabis enthusiasts because we prefer natural things, but it’s important to realize that the THC created by this new yeast is chemically identical to the THC created by cannabis—the yeast is genetically modified, not the THC that comes out. And the implications from this new scientific breakthrough don’t stop with testing. Yeast can produce good ol’ THC or CBD much more quickly than the marijuana plant, so, you guessed it, this will make isolated THC much more affordable, and manufacturers will be able to add it to edibles much more easily because the THC won’t need to be extracted from plant matter. This might make it so retail edible prices drop significantly, the consistency per potency will become much more uniform, and the range of cannabinoids available will grow exponentially. Despite the GMO aspect of it all, I think yeast-synthesized cannabinoids are exciting, and their place in our market is inevitable.

But, that’s all in the future. Today, all the cannabinoids we sell in our Durango dispensary come from the marijuana plant, but the future is fun to talk about. So, if you’d like to chat about what’s on the horizon, or if you’d simply like some good, old-fashioned pot to put in your pipe, bring your valid I.D. proving that you’re 21 or over and come see us at 208 Parker Avenue. Either way, we’ve got you covered, because We’re your Best Buds!