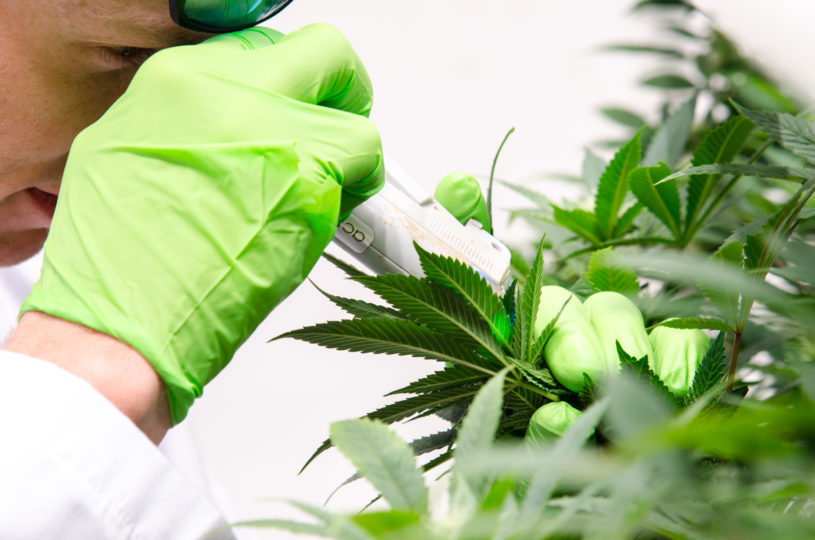 I’m so, so sorry for throwing two blogs like this one at you back-to-back. Last week’s post was a little dry because we talked about the history of cannabis prohibition, and I’m afraid this week’s post about the ECS isn’t going to be much better. I promise that next week, we’ll go back to talking about getting baked, or maybe I’ll do something else fun like a new product review, but this week, I’d like to try to teach you something; it’s fitting given that it’s back-to-school time.

However, maybe you’re the type of person who enjoys this sort of post, because I know I am. I love learning how things work because knowledge demystifies the weirdness associated with something like getting high. And it’s pretty complex, too. Alcohol is a simple thing: you drink it, it gets into your blood stream, and then it pickles your brain and makes you do stupid things. But a cannabis high is on an entirely different echelon because the cannabinoids found in marijuana mimic similar compounds that occur naturally in the human body. That’s why it feels so good. Let me explain…

Allyn Howlett was a super-smart woman, and she’s a stoner’s hero because in 1988, she discovered the receptors in the brain to which THC binds to get you high; this was the first discovery of the endocannabinoid system (in my humble opinion, Howlett should’ve been awarded the Nobel Peace Prize). And a little while later, Howlett’s team discovered that these receptors aren’t limited only to the brain: they’re everywhere in the human body, which is why edibles can give you such an intense “body high.” See? We’re learning things. By the way, this is a blog for a pot shop, so I’m totally allowed to cite Wikipedia as a source; you can read a much more in-depth explanation about the ECS HERE. Anyway, moving on…

Raphael Mechoulam was the first to discover and isolate THC and CBD a few years earlier in 1964 (he’s still alive and well in Jerusalem), and not to be outdone Howlett, Mechoulam was the first to discover “endogenous cannabinoids” back in 1992. Endogenous cannabinoids are naturally-occurring, THC-like molecules produced in the body—we’ve always had them, which is why they’re “endogenous,” and if you combine the words “endogenous” and “cannabinoid,” you get the “endocannabinoid” in “endocannabinoid system.” Boom! Super educational.

However, the Endocannabinoid System isn’t just for getting high—the ECS is responsible for maintaining homeostasis in the body. It’s this system that helps keep us steady (regardless of what the world might be doing around us) regarding body temperature, metabolism, and mood. Granted, there are all sorts of other internal systems like the thyroid and hypothalamus that regulate changes as well, but the ECS helps out synergistically.

Let’s go deeper: there are three components to the ECS: the receptors themselves, the naturally-occurring endocannabinoids in our systems, and the metabolic enzymes that break down the cannabinoids after they’re used by the body.

Are you still awake? Please hang in there because this is cool stuff…

We’re not going to get into the endocannabinoids themselves either because that’s some uber-boring stuff (the two main ones are AEA and 2-AG), but the enzymes are pretty cool. The enzymes break down the naturally occurring endocannabinoids in our systems almost immediately after they’re absorbed via the receptors. This is a good thing, because without those enzymes, we’d walk around high all the time thanks to the cannabinoids that our bodies are constantly making. Actually, if you’re the type of person who likes to be high all the time, maybe you’d argue that these enzymes are bad things because if they didn’t exist, you’d never have to pay for pot. But whatever; it is what it is.

Do you get how it works now? When you smoke pot, the cannabinoids in it are absorbed into your system via the receptors in your ECS, but there aren’t enough extra enzymes to break down the THC, so it becomes psychoactive and gets you high. See? Weirdness demystified! And that’s what we do here at The Greenery: we answer questions and do our best to provide an education with each transaction, because We’re Your best Buds, and that’s how we work!