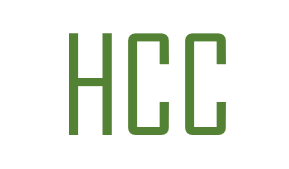 Well, it’s gross, and in 10 years, nobody will remember it. But I should give some context:

Thanks to this year’s midterm elections, there are now 21 states with legal adult-use marijuana. That’s a glorious thing considering Colorado was the one and only legal state not too long ago, but it also means that 39 states are still stuck in the dark ages. And when you’re in a dark place, you try to find light by whatever means necessary, and that brings us back to HHC, or “hexahydrocannabinol,” which is so new that spellcheck doesn’t even think it’s a word.

This is the way it is: where something is illegal, people will try to find a loophole. In those 39 dark-age states, people want to get high just like they do in the 21 states that’ve woken up and legalized weed. And thanks to the 2018 Farm Bill that legalized hemp on a federal level, hemp is legal everywhere in the US except Kansas and Washington D.C. (both of which have always been lost causes anyway). So, smart people in all the states that allow hemp but ban marijuana have found a few scientific loopholes vis-à-vis getting high off hemp.

These smarties have used a panoply of chemicals and scientific gadgets to make hemp-derived cannabinoids like THC-O and Delta 8 THC, as well as Delta 0 and 10, and they’re all nothing more than ersatz forms of pot that kind of get you high. That, and there haven’t been any long-term studies as to what these barely-natural substances do to humans, and sometimes, the lab equipment explodes, which never happens when you’re growing actual plants. The makers of these substances always bill them as the next legal “it” thing that’s hot on the market, but snake oil has always been snake oil. And as soon as one of these hemp-derived substances gets popular, local regulators round up the possie and pass new laws, forcing the smarties back to the drawing board.

That’s exactly what happened with HHC. Delta 8 was the big thing last year because if you vaped or ate ridiculous amounts of it, it gave you a buzz similar to that of real weed, and it was mostly legal in the US. But then the buzzkills found out and went after it, which forced the smarties to come up with something new, which lead to HHC (but it’s important to note that this stuff was first made in 1944 by Roger Adams). And you can see the next iteration on the horizon: since HHC is getting popular, regulators are starting to notice, and the smarties have already come up with a backup plan by formulating HHC-O, which is the acetate version and not yet on the market. It’ll be talked about excitedly for a bit, but then it’ll fade away just like all the fringe cannabinoids that came before (and it might be the worst one yet given all the hubbub that happened the last time an acetate made it into vape news).

But I digress, and I should get back to where we are now. Basically, HHC is made by taking CBD extracted from hemp (for a refresher on the difference between hemp and marijuana, click HERE) and distilling/isolating it into powder form via ethanol or a hydrocarbon. Then they pump in a ton of hydrogen (this is usually where the explosions occur) which makes a crude oil containing HHC, which is then distilled once more to isolate the HHC. See why I opened by saying this stuff is gross? For real weed, all you need to do is throw a seed in the dirt and then smoke the green stuff that grows, but again, I’m saying this from the comfort of a legal state, so I understand the motivation behind HHC.

This motivation is spurred by many things. Most obviously, HHC is a legal substance that can make you feel good. But besides that, since it isn’t a form of THC at all, it’s legal in the places where Delta 8 is not, and more importantly to most users, it’s purportedly undetectable by most modern drug tests (this is most likely false), which are required to a much higher extent in illegal states than they are in places like Colorado.

Get it? Things like Delta 8 and HHC aren’t popular because they’re good, they’re popular because they’re the next best thing to bona fide cannabis. This is something that’s easy to prove because as soon as a state legalizes recreational marijuana, all the fake stuff starts to disappear. I have a bevy of buddies in New Mexico who preached the purported benefits of hemp-derived cannabinoids a few years ago as they built businesses around it, but now that weed is legal down there, they’ve all moved on to the real stuff. They’ve plowed under their hemp crops and changed business models and focused on something natural and actually beneficial: genuine cannabis.

This is exactly why nobody will remember HHC in 10 years. Legal weed is spilling across the nation and large cannabis corporations are starting to form; they’re getting rich and influential just like other groups. So, pretty soon, I’d imagine that weed will be sold legally across the nation and the chemically synthesized cannabinoids I’ve been talking about will only exist in foreign countries still clinging to pot prohibition because there are smarties in those places, too.

Think about it this way… before reading this blog, had you ever heard of HHC? No? Well, that might be because you live and shop in Colorado given that you’re visiting a website associated with a standalone dispensary in itty-bitty Durango. You’ve never needed fake pot, so you’ve never heard of it. With a click of your mouse HERE, you can literally order for pickup at our dispensary actual marijuana and vapes and edibles, so why would you need something made in a lab with hydrogen to feel better? You don’t. You’ve got the real thing right down the street, and it’ll stay that way. We at The Greenery will keep doing our part by educating you about fake pot while we provide the best real pot in Durango, because We’re Your Best Buds!