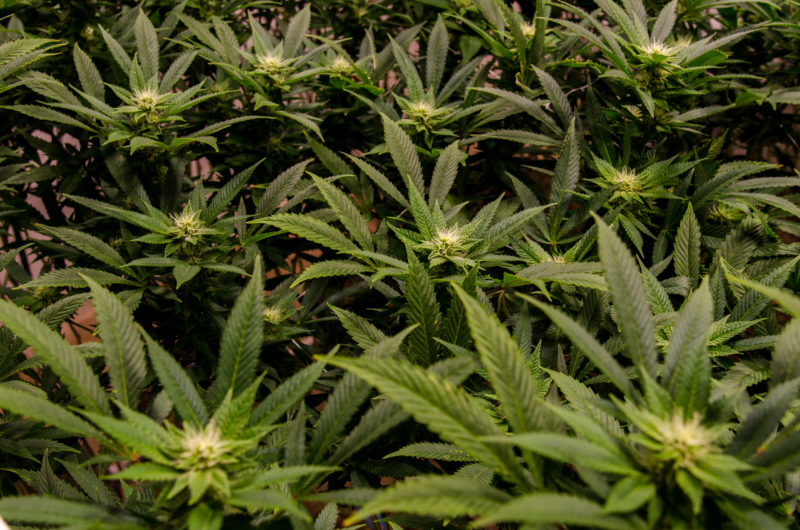 The Difference Between Hemp and Marijuana

You know those bumbling bugs that look just like big mosquitos? Did you just say something like, “yes, those are mosquito eaters”? Well, that’s not what they are; they’re called Crane Flies.

Think about it. If you’ve ever seen a Crane Fly, it was most likely running into a door or a window nonstop like an uncoordinated idiot. And if you’ve ever tried to kill a mosquito, you know those things are pretty much winged ninjas. So, how would a gangly bug like the so-called “mosquito eater” ever catch and eat a mosquito? Well, they can’t, and they don’t, because they’re vegetarians, but people just go on believing that the Crane Fly is a mosquito eater even though logically, it doesn’t make any sense. The reason for this is that since the Crane Fly looks like the lovechild of a mosquito and a bird, they were called “mosquito hawks” back in the day, and since hawks are predatory, people started thinking that mosquito hawks ate mosquitos. But to this day, I cannot understand why the myth persists given that we all have the combined total of human knowledge in our pockets thanks to smartphones. Seriously, if you still don’t believe me, just google “crane fly,” imagine me saying “I told you so,” and then come back to finish reading this.

Anyway, the reason I told you all of that is that there’s another myth out there that could be easily dispelled if people used the encyclopedias in their pockets. Believe it or not, there’s no real difference between hemp and marijuana (or ruderalis, for that matter), because both are the exact same species of plant, Cannabis sativa. If you’re a skeptic who’d like a second opinion, go ask the UDSA via THIS link, because those people know what they’re talking about. Granted, a hemp plant and a marijuana plant look like different plants, but humans have always placed way too much import on looks, which are nothing more than phenotypical differences.

A good way to get a grip on this would be to take a look at humans. For instance, a native African looks a lot different than a Chinese native, but those physical differences are only skin-deep, and they’re governed by a freakishly small amount of our DNA. Underneath it all, that native from Africa and that native from China are the same species because they have the same number of chromosomes, despite the phenotypical differences, and cannabis plants are the same way: they evolved in different parts of the world, so they ended up looking slightly different over time thanks to natural selection.

Alright… I’m going to plow through a whole bunch of science stuff as quickly as I can because it’s boring, and I doubt you went to a dispensary’s website to be bored, so let’s do this: There is only one bona fide species of cannabis (Cannabis sativa, like I said), but there are a bunch of putative sub-species beneath it with colloquial names such as Marijuana, Sativa, Indica, and Ruderalis. There’s a good article on all of this that you can read HERE that goes much more into depth, but I’m just going to skim the surface. Anyway, Cannabis sativa, or hemp, existed in many places millions of years ago just like most plants, but differing environmental stressors most likely caused to it evolve in funny ways. The Indica variety (which evolved in India, thus the name) turned into a short, squat bush with thick, dark-green fan leaves, as where the Sativa version, which evolved in Eurasia, started to grow much taller with thin, bright-green fan leaves. So, of course, when all the early botanists encountered these plants, they gave them a variety of “scientific” names not knowing that the differences were only skin-deep. And the same can be said for ruderalis, which is just another “sub species” of Cannabis sativa that earned its ruderal nomenclature because it’s a hearty plant that can grow just about anywhere.

Now, if you’re a cannabis nerd, here’s the interesting part: cannabis hasn’t always produced THC or CBD—it’s thought that a virus attacked the hemp population millions of years ago and caused a genetic mutation, possibly as a defense mechanism via a colonization of the plant’s genome, which led to the production of psychoactive cannabinoids in cannabis. Crazy, right? You can read the peer-reviewed study from The University of Toronto HERE.

And of course, it stands to reason that these viruses were more virulent in different areas, so the amount of THC or CBD that was produced differed from region to region. And then humans came along, we figured out that THC could get you high, and we started the not-so-natural selection process of breeding cannabis for high THC output. The cannabis in nature stayed low vis-à-vis cannabinoid content, and then all the differing categories started looking much different (and doing different things), so today, most people assume that they’re all different species, just like most people think that Crane Flies eat mosquitos. Boom. Full circle.

Anyway, all you really need to know is that the difference between hemp and marijuana is nothing more than a human classification, and not something to which nature pays attention. Today, in the cannabis industry, we call cannabis plants “hemp” if they produce less than 0.3% THC by dry weight, and any plant that produces more is called marijuana. That’s the short answer to this blog’s title, even though I was longwinded getting here. And the other thing you need to know is that at The Greenery, we take the time to educate you with posts like this one instead of trying to get you in and out just so we can make money by getting you high. We want you to know the truth behind our favorite plant, and we take pride in the education we give each and every time you visit our Durango dispensary, because We’re Your Best Buds!