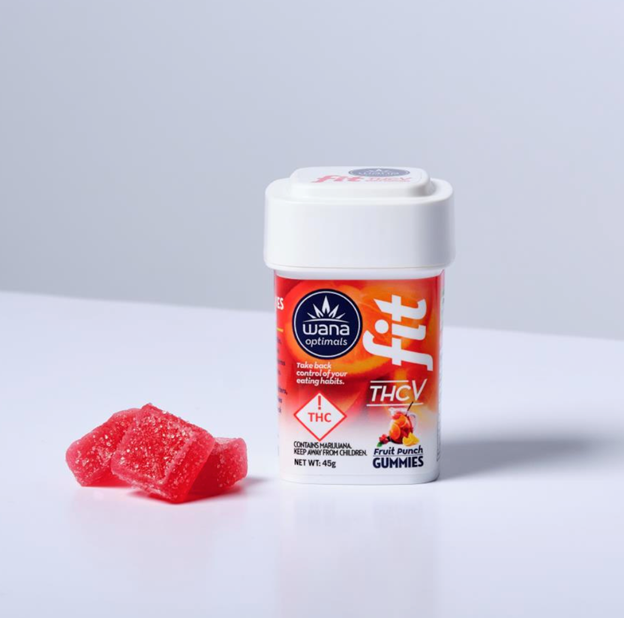 I’ll admit it: keeping up with all the new cannabinoids is getting a bit difficult. Actually, none of these cannabinoids are “new,” per se, because they’ve always existed in marijuana, which means we’ve all ingested them to some degree, but now, they’re figuring out how to produce and isolate specific cannabinoids, and that’s the “new” part to all of this. Specifically, in our last blog, I told you all about CBN (read it HERE if you missed it), and this week, I’ll be talking about THCV, or Tetrahydrocannabivarin.

And once again, I need to drop a few disclaimers: first, I’m not a doctor. The Greenery doesn’t employee any doctors. As such, we aren’t qualified to give you medical advice, and if you’d like to try THCV to treat this or that ailment, please, go talk to your doctor. Secondly, there haven’t been enough peer-reviewed studies published on THCV for me to tell you definitively what this stuff does, so I won’t be able to tell you how THCV may help you with certainty; honesty is the best policy.

That being said, there are a couple studies out there that shed light on rare cannabinoids, such as THIS 2020 paper published in The Journal of Cannabis Research. In it, the researchers claim that THCV “decreases appetite, increases satiety, and up-regulates metabolism,” but it’s important to know that this study was done on rats, not humans, so I still cannot in good conscious espouse the possibility that these same effects apply to people.

Really, if you think about it, it’s easy to see why it’s so important to make factual claims about something like THCV. Consider what it might do—suppress appetite, increase metabolism—these things are exactly what dieters are looking for, and they’ll buy just about anything if you tell them it’s a quick and easy way to lose weight. That’s not what we do at The Greenery. We tell you what we know and what we don’t, we tell you what could/may/might happen, and then we let you decide for yourself. So, that’s exactly what I’m doing.

THCV might give you a boost of energy; THCV may decrease your appetite. Who knows? My experience with this stuff is limited as well (I’ve tried it twice), so anecdotally, there’s not much I can add. The first time I tried THCV, I did so at night, which could’ve been a mistake because it was difficult to fall asleep; I suppose that checks the “energy” box. The second time was in the morning, and I’ll admit that I didn’t get hungry until after noon, but that’s par for the course when it comes to my appetite. So really, just like with all other cannabis products, the only way to know for sure is to keep an open mind and try THCV yourself.

Just don’t let the placebo effect get you. I always approach these personal experiments like a nerdy scientist: I’ll take an edible containing a new cannabinoid on an empty stomach, I’ll start an hour-long timer, and then once it dings, I try my best to take objective stock of how I’m feeling. Do I really have more energy? Is my appetite really suppressed? Am I just high? These are the questions I ask myself, and that you should ponder as well after trying the THCV edible we now have on our shelves (and yes, we’re the first in Durango to get it):

The thing I like most about the formulation in Wana’s new Fit Gummy is that each serving contains only 0.1mg THC; there’s simply no way a single serving will get you high. So, that means you won’t be intoxicated, which means you’ll be able to focus soberly on exactly how THCV affects you personally.

You can read more about Wana Fit HERE, but here are the specifics: each gummy delivers 0.1mg THC, 10mg CBD, and 0.5mg THCV, and they come in a fruit punch flavor (which is absolutely delightful). There’s no high associated with these gummies, so they’re perfect for the morning, and the gummies themselves are vegan and gluten-free. These things are made with all-natural flavors and colors, they aren’t made with high-fructose corn syrup, and even the child-resistant packaging is sustainable, so Wana thought of everything. Wana Fit gummies are $32 after tax, but remember, all our edibles are 15% off on Tuesdays, meaning they’ll be $27.20 if you want to save a bit during your test run.

As of right now, that’s all there is to know about THCV, but I’ll keep you posted with updates whenever new studies/facts become available. And until then, please keep checking back in—I’ll keep you abreast of everything new in the cannabis industry, especially when it comes to “new” and exciting cannabinoids, because We’re Your Best Buds!