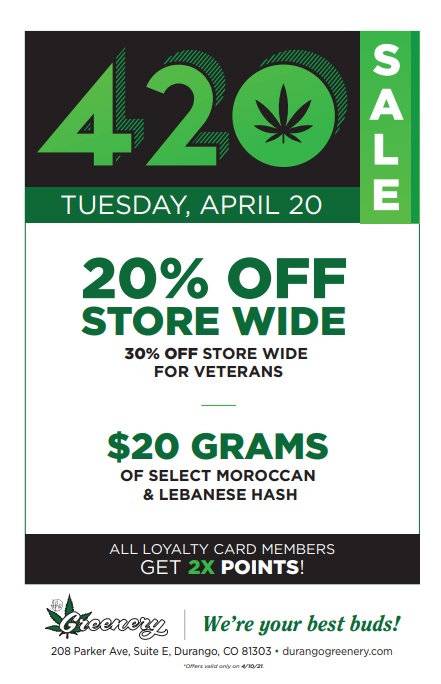 I’m not sure there’s anything I like writing about more than 420, and given the traffic my 420 posts get, it’s safe to say that you like reading about 420 as much as I like writing about it. One of our most-read blogs was centered on where the term “420” comes from, and on 420-friendly establishments (you can read it again HERE), and even though that blog was posted in 2017, it’s still read by more people than any of the posts from this year.

So, now that 420 is right around the corner, I have another excuse to write about the hallowed day, but before getting into the deals we’ll be offering on April 20th, I wanted to give you a quick update on the “Waldos,” who were the original kids from San Rafael High in the 70’s who coined the term “420.”

As a quick recap, Steve, Dave, Jeff, Mark, and Larry from Marin County California were all friends attending the same school, and they were all athletes and academics, which definitely doesn’t fit the stoner stereotype. As the cool kids, they’d all hang out sitting on a short wall right outside the cafeteria, which earned them the “Waldos” moniker. But after school, they all agreed to meet and smoke daily when their extracurricular activities were finished, right at 4:20, and this became their code, which was obviously necessary back in the day before cellphones.

But the Waldos kept their secret for years, even after “420” started to spread like a cultural phenomenon, because pot was still taboo, and the Waldos didn’t want the stigma that came along with creating 420, especially since one of their fathers was a high-ranking official within the DEA. However, time has softened the shame felt by early stoners thanks to a wave of legalization, and now, the Waldos are taking full credit for their mark on cannabis culture. They even have their own website now (that you can find HERE) that’s chock-full of historical evidence proving the Waldos are due credit for 420; they even have a link to The Oxford English Dictionary proving that the Waldos and 420 are synonymous. And since the 70’s, it looks as if time (and marijuana) have been kind to the Waldos, because this is them now, still happy as can be sitting on their wall: 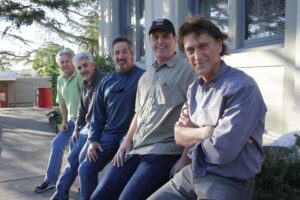 Alright… let’s move onto what’s happening now in 2021 given that our Waldos recap is complete. April is huge month for us here at Durango’s best recreational marijuana dispensary because it’s the start of the Spring tourist season, our 6th Anniversary was on the 10th, and 4/20 is the cannabis kickoff for our year. We always celebrate the holiday gifted to us by the Waldos, and this year is no different; here’s what we’ll have in store for the special day:

If you’d like to see real, out-the-door pricing on any of our products on 4/20, all you have to do is click on our Marijuana Menu on the morning of 4/20, and you’ll be able to see everything.

And that’s that for 4/20 in 2021. This will be our 6th 420 in our Durango dispensary, so we’ve had plenty of time to get the day dialed, and it’s an “all hands on deck” occasion for us, so our whole staff will be here to help you make the day special. We’ll celebrate together the holiday created by the Waldos, and we’ll all revel together in how far legal cannabis has come, because We’re Your Best Buds!