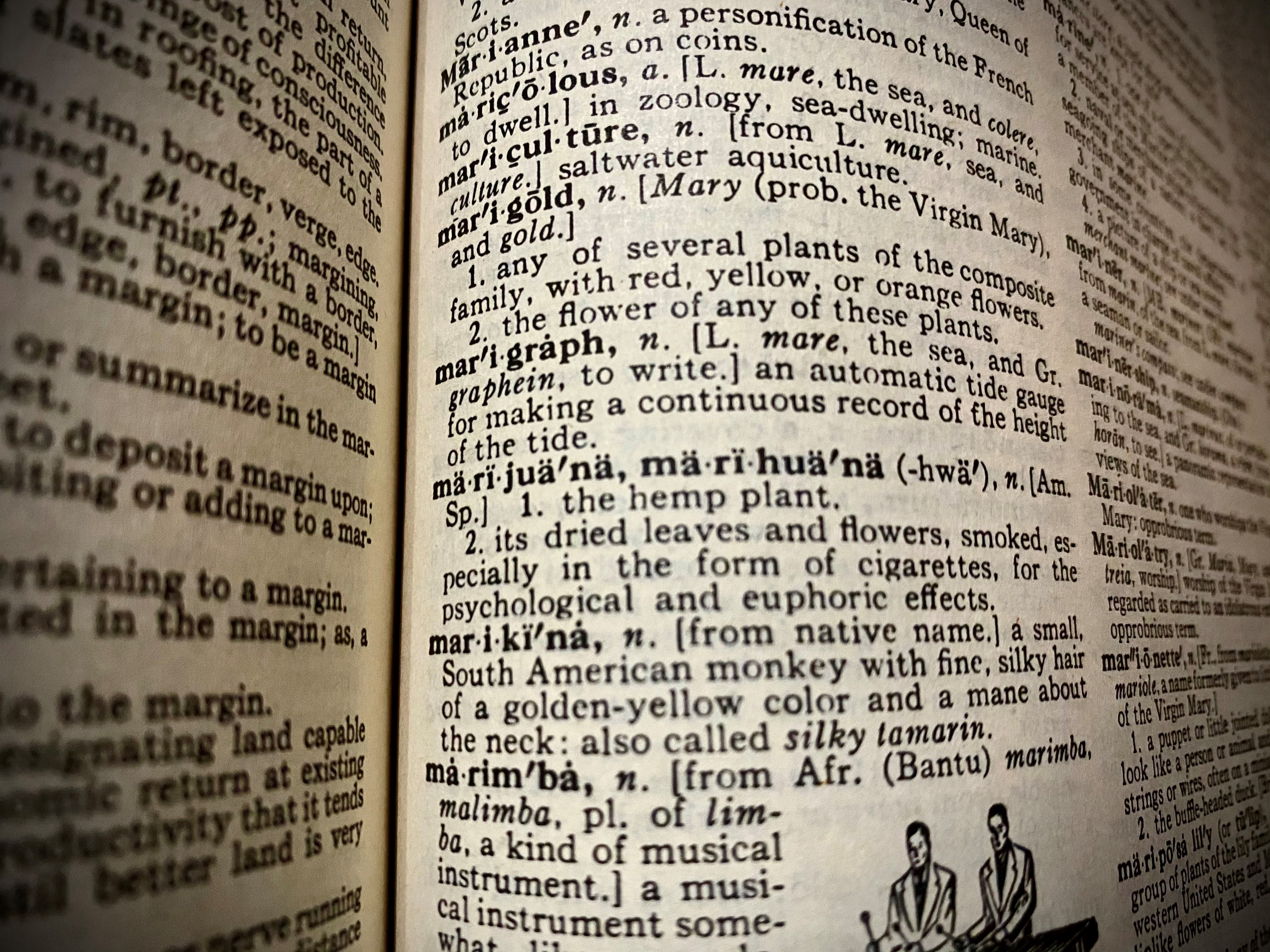 I love writing about words, and hopefully, you love reading about them because that’s what you’re about to do. But before that, you need to know that there are two paradigms when it comes to words: “prescriptivist” and “descriptivist”—people in the former camp believe that words shouldn’t change because we should “prescribe” to existing grammatical rules; people with the latter paradigm believe we should let language evolve and simply “describe” the changes that occur.

Frankly, people in the descriptivist camp usually win because language is a fluid thing, always evolving, and there’s no way to stop it, so we might as well embrace and describe the changes. But that’s annoying. For instance, did you know that the word “irregardless” was added to the dictionary not too long ago? It’s not a real word, but people used it often enough to make it one in the descriptivist eyes of the Oxford English Dictionary (but they threw some shade at it because the listed definition is “regardless”).

Anyway, my point in all of this is that the exact same thing is happening in the cannabis industry; there are a few words we’ve been using erroneously for so long that they’ve become “real” words we use every day. But in an odd twist, I’ve noticed that the cannabis industry is full of purists, so instead of simply adopting these not-so-real words, there’s a push out there to correct things. And that’s what I wanted to talk about this week just so you could get your lingo dialed if you’re a pot prescriptivist.

For instance, let’s take a look at the word “strain.” Speaking from a botanical point of view, a strain is any plant that’s a descendant from a genetically modified organism. And since the different “strains” of cannabis that you can find on our shelves were produced by crossbreeding non-modified plants, they’re not really “strains” at all, but rather, they’re “varietals” or “cultivars.” Both of those words are a bit more cumbersome than “strain,” but they’re both more accurate, so I’ve noticed that our industry is abandoning “strain” (but please feel free to say whatever you want when you walk into our Durango dispensary, because we’re not sticklers).

Another example would be the word “edible.” If you think about it, we call the infused drinks we sell “edibles” even though they’re really “drinkables,” and other edibles are even trickier, such as tinctures or submucosal strips. So, true to form, our purist industry is starting to call edibles “ingestibles” (even though it’s not a word, technically), and this is something I heard directly from the editor of High Times Magazine. So, if you want to come across as a true connoisseur the next time you walk into a dispensary, ask for an ingestible instead of an edible, but be prepared for eye rolls.

Actually, just so you know, not even the word “marijuana” is safe, even though it’s important, and people are starting to say “cannabis” instead, because unlike marijuana, it’s not rooted in racism (click HERE for an explanation). However, presently, the word “marijuana” is used to describe cannabis with more than 0.3% THC by dry weight, and the term “hemp” is used to describe cannabis with a lower percentage, so we don’t currently have a word besides marijuana that fits, ergo, we’re sticking with it for now (for a much deeper explanation, click HERE).

And then there’re the nebulous words “Indica” and “Sativa,” which, as it turns out, don’t mean much of anything. I’ve written about this time and time again, but not all Indica varietals are relaxing and not all Sativa cultivars are stimulating. The plants just look a bit different, which doesn’t always translate into the smoke, so now, we’re coming close to abandoning the two words entirely and focusing on terpene profiles. So, the pros that come into our shop usually ask for a “relaxing terpene profile” as opposed to an “Indica strain,” given that the term is doubly inaccurate, but again, we won’t judge you either way.

But the weirdest one of all is “flower,” which is the term you’ll hear everyone use nowadays to describe good ol’ ganja. If you’re as old as I am, you referred to smokable marijuana as “bud” or “weed” or “pot” for all your life, but if you think about it, the “buds” we sell are in fact flower buds (in my opinion), so switching to calling it all “flower” like we do today isn’t much of a stretch. However, of course, that has given way to a whole new argument as to whether or not cannabis is a fruit or a vegetable, and now, some people are calling it “fruit,” which is something I simply cannot get behind. For real, if you walked into a dispensary and asked to buy some “fruit,” you’d end up with blank stares as opposed to actually getting weed (click HERE if you’d like to jump into the vegetable/fruit debacle).

Wasn’t that fun? If you’re into extra credit and you want to learn more about the terms associated with cannabis that we use in our industry, click HERE. Or, if you don’t care about semantics and you just want to get high, come see us at 208 Parker Avenue and use whatever word you’d like when you get here, because no matter what you call a “strain” of “marijuana,” We’re Your Best Buds!