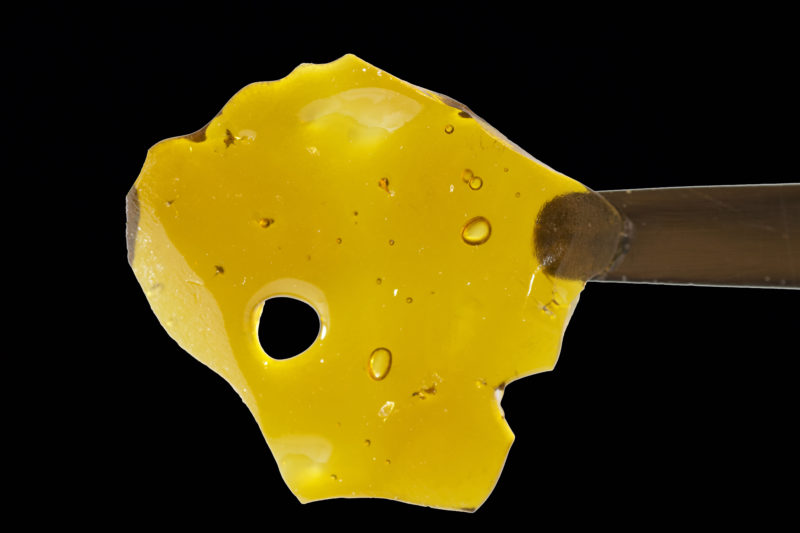 Did you know that I take requests for blog topics? For real, sometimes it feels like I’m a DJ or a cover band, because regulars who actually read these things will come in to our Durango dispensary and ask me to write something in-depth about this or that topic, and if it’s something I haven’t covered, I never argue. And this week, that’s exactly what’s happening, because the “what temperature should I use when dabbing” question has come up more than once, so let’s get into it.

First things first, if you want a refresher on exactly what it means to “dab,” click HERE, but then again, if you’re at the point wherein you’re looking for the perfect temperature, it might be a bit redundant. Now, as to temperatures, there are two ways to measure accurately after heating your nail or banger. One, if you’re the type of dabber who uses a torch, you’ll need a temperature laser gun, and a savvy shopper can get one for about $30 online. With this gun, you heat up your nail or banger with your torch per usual, but then you shoot it with the laser to get a temperature readout. If it’s too cold, use more flame, if it’s too hot, be patient and wait, or blow on your nail lightly.

Yes, this is the most labor-intensive way of achieving a perfect dab temperature, but it’s also the most affordable, because an E-Nail can cost quite a bit (but it’s quite a bit better). Long story short, an e-nail is an electronic doohickey that you attach to the ribs on your nail or onto the bottom of your banger. Then all you do is flip a switch to turn it on, and then set the temperature on the electronic readout to the exact reading you’d like. The e-nail will keep your nail or banger at the desired temperature, so there’s no need for torches or lasers, and you don’t have to worry about cooling, so you’ll get consistent dab temperatures for each hit.

Now, before we get to the actual temperatures (we’ll get there, I promise), there are two peripheral things we need to discuss, the first of which is the material out of which your nail or banger is made. Most people turn to titanium because they never break, but I’d suggest rethinking this choice, especially if you’re the type of consumer concerned with quality (and if you’re worried about exact temperatures, that’s exactly who you are). Yes, titanium is durable, it heats up quickly, and it retains heat, but the taste isn’t nearly as good as it is with other materials, and there are many different titanium alloys on the market, which leads to inconsistences. So, that would leave you with two material options: quartz, or ceramic. Quartz heats up very quickly and it gives a superb flavor, but it also cools down quickly, and since quartz is transparent, you cannot get an accurate temperature reading with one of those fancy laser guns. So, I recommend ceramic. It’s not transparent, so a laser gun will work, but ceramic also goes well with e-nails. True, ceramic nails or bangers take the longest to heat up, but patience is a good thing, and they retain heat as well as provide perfect flavor.

Alright, on to the numbers. There are five basic temperature ranges, which I’ll give in Fahrenheit, but don’t worry, I’ll break these down as well:

1.) 0⁰-300⁰: this is a very low-temp dab, and it will give the best flavor, but many cannabinoids won’t be vaporized at this temperature, so you’ll end up wasting quite a bit of your dab, which is no good.

2.) 300⁰-450⁰: This range is the goldilocks zone because it’s just right, so aim here. You still get all the flavor from a low-temp dab, but you also vaporize all the cannabinoids, so the intensity is there as well.

3.) 450⁰-600⁰: You need to be careful at this temperature because with the last two, all you’re getting is vapor, but when you get north of 450 degrees, you also start to burn your dab, so your hit will be a mixture of vapor and smoke. So, you’ll gain intensity at the cost of flavor, and if you’re reading this blog, that’s not what you want.

4.) 600⁰-1000⁰: Don’t do this. Just about everything you’ll breathe in is smoke, and you’ll get absurdly high, but the harshness will cover up all the flavor. This is like taking double shots of whiskey instead of sipping it, and with fine whiskey, or fine dabs, that’s completely pointless and superfluous.

Now, let’s get into exact temperatures. As you know, when you dab something, the heat from your nail or banger should cause the product to boil, not burn (which is why the last two temperature ranges are too high), so what you’re breathing in is the “steam” or vapor from the flash-boiled material. So, all you need to do to dial in your dab temperature is to find the exact boiling point for the cannabinoid or terpene you’re trying to enjoy. For instance, here are the three boiling points for three different cannabinoids:

So, can you see why the “0-300” degree range will give you good flavor but not much intensity? You’ll boil some terpenes, but the THC itself won’t boil until 315 degrees, so you’ll be missing out on most of the high. However, (and this is where we get into the connoisseur stuff), quite a few dabbers are looking to enjoy specific terpenes, so I’ll provide those temperatures as well. And I’m not going to get into the terpenes themselves, because if you’re about to dab them, you already know (but for a refresher, click HERE). Here are the boiling points and tasting notes for six of the most famous cannabis terpenes:

Myrcene: 330⁰ This one tastes like cloves and funk.

Limonene: 350⁰ This one tasted like citrus fruit rinds.

Linalool: 388⁰ This is the floral-tasting terpene.

Caryophyllene: 390⁰ This one tastes peppery.

Humulene: 435⁰ This one tastes like the forest (trust me).

The last thing we need to discuss is hand-held vape pens. The affordable ones have low, medium, and high temperature settings, so again, I’d go with medium because balance is always best. However, if you spent the money and got a vape pen with a digital readout, go ahead and use the same degree settings as you would with a nail or banger because you’ll get the same flavor profiles, albeit with a smaller vapor cloud.

There! That’s just about all there is to know when it comes to vape temperatures, and if you’re one of the people who requested this topic, I kept my promise! However, if you still have questions, come in and see us at 208 Parker Avenue, or give us a call at (970) 403-3710, and we’ll answer them. Or, if there’s something pot-related you’d like me to write about, come in to our Durango dispensary and ask for Jesse and then tell me your idea. We’re always willing to take requests to keep you informed, because We’re Your Best Buds!