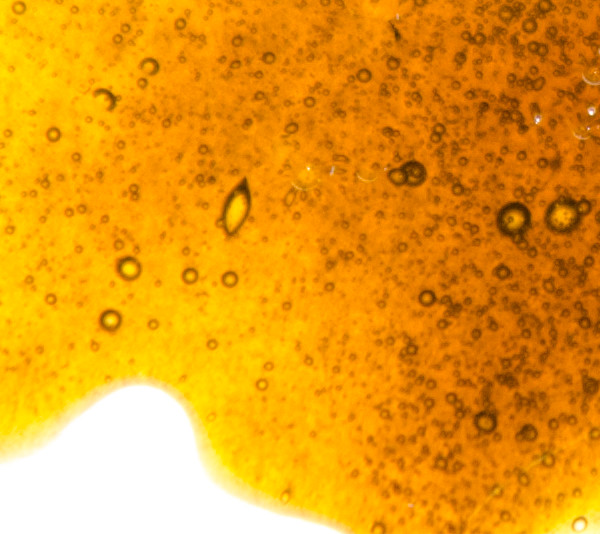 This newest generation seems to think they came up with “dabbing,” but maybe that’s just the way it’s always been—maybe the youth has always sapped credit from the people who came before thanks to short memories. After all, “Flatliners” is in the theaters again, with a new cast of pretty millennials acting out a carbon-copy plot from the eighties movie I remember, and Disney just announced that they’re remaking “Flight of the Navigator,” which is simply sacrilegious, if you ask me. Actually, “The Magnificent Seven” just came out for the third time, if you’re keeping track, and something was stolen from my father’s generation that they stole from the generation before. Everything old is being made anew, and it’s no different when it comes to smoking pot.

I’ll take a step back and explain: “dabbing” is the newest term for smoking full-burn marijuana concentrates. And I know this subject can get a little convoluted, so I’m going to walk through it step by step just in case you’re a complete newbie. A “full-burn” concentrate is something like rosin, shatter, wax, or live-resin. I’m not going to get into the specific differences between these four concentrates because that’s a subject deserving a separate blog, but basically, these concentrates are made by extracting the cannabinoids (the stuff that gets you high) from all the green plant matter you think of when you picture marijuana. When you smoke a full-burn concentrate, all of it evaporates and nothing is left behind, ergo, “full-burn.”

But you can’t smoke a full-burn concentrate conventionally because it’ll just melt—if you try to smoke something like wax with a pipe and lighter, it’ll just turn into liquid and pool in the bottom of your pipe, which is nothing more than a messy waste of money. So, you need to “dab” it. And this is where we get back on track: my generation called dabbing “knife hits.” We’d take two butter knives and get them red-hot over the stove, and then we’d press them together with some hash in between. The hot knives would vaporize the hash and we’d breathe in the smoke. And yes, we even knew how to make full-burn hash with an iron and wax paper, so you whippersnappers didn’t come up with that, either.

Anyway, a decade or so after knife-hits faded in popularity, the Atlanta hip-hop scene started to mature. A new dance came out in 2012 called “dabbing,” wherein you’d duck your forehead into the crook of your arm while sticking your other arm straight out to the side; Cam Newton made the move famous because he did it every time he scored a touchdown for the Carolina Panthers. But the “dab” didn’t come from sports or hip-hop, because the gesture is meant to look like what someone does after taking a huge concentrate hit: you turn your head into your elbow and cough like the world is ending, and you hold the other arm out as if to say, “dear god, keep that stuff away from me” (or at least, that’s where most people on the internet think it comes from). “Dabbing” was associated with smoking marijuana long before the dance came out (regardless of what the dance’s inventor, “Skippa Da Flippa,” might have to say about it), and the move is just another dance in a long line of dances meant to emulate everyday motions, like the “running man,” the “lawnmower,” or the timeless “bump-and-grind.” And it’s not even the first marijuana-related motion dance to pop up because people have been “passing it to the left” ever since that reggae song came out in the eighties.

However, when it comes to dabbing marijuana, I must admit that this newest generation has taken something we invented and made it much, much better. Now, instead of knives and a cooktop, we use a dab rig. Basically, these rigs have a “nail” that you heat up with a small blowtorch (these nails can be made from glass, ceramics, or metals like titanium). And then you “dab” a little of your concentrate onto the nail (which sits where the bowl of a pipe or bong used to be) and inhale the smoke. It’s easy and clean and ridiculously potent. Since all of the plant matter has been taken out of the equation, a few of the concentrates currently on the market come close to 99% per THC content, and that’s insane. The high is mind-bendingly intense and it hits you quick and pure, like only a concentrate can. At the Greenery, we have basic dab rigs that start around fifteen bucks and a complete line of full-burn concentrates. If you come in, we’ll show you how to put the two together.

But quite a few people are put-off by the idea of using a blowtorch to smoke pot—to them, it feels a little superfluous and strange, a little over-the-top. And because of this, I’ve noticed that most dabbers over thirty prefer a handheld vaporizer like the Cloud V that we sell in our store for around sixty bucks. Frankly, I’m one of these “people over thirty,” and I doubt that I’d dab if I had to use a blowtorch. I prefer discretion: the Cloud V is battery-operated and it fits in your pocket. It has a little ceramic bowl and a heating element; all you do is load it and push a button and inhale. It couldn’t be simpler.

But just like with everything else pot-related, it’s what you put in your pipe that matters, not the pipe itself. You’ll hear me talk about this quite a bit from now on, but recently, our company expanded to include The Greenery Hash Factory, and we’ve started making our own concentrates. And just like the flower that comes out of our grow, our concentrates are the best on the market. But we’re doing it the old fashion way—without the use of caustic solvents that’re inimical to flavor—so only one of our concentrates is full-burn: our Rosin.

We make our Rosin with nothing more than heat and extreme pressure: premium flower is squeezed with a heated pneumatic press (it’s an amped-up version of the iron and wax paper I told you about previously) and the thick, gooey goodness called Rosin seeps out of the flower. We sell it for $60 a gram before tax, and it’s worth every penny. The batch I have loaded in my Cloud V right now comes from Chemmy Jones flower, and it comes in at 75.9% THC, which is incredible because we didn’t use the chemicals commonly associated with high-THC concentrates. But it is what it is, and at close to seventy-six percent THC, just a little dab will do ya’ when you’re smoking our Rosin (and yes, I know I just stole an advertising slogan from my parents’ generation, but whatever).

Our Rosin really is worth trying if you’ve never “dabbed” as the millennials are calling it these days, because the flavor, convenience, and potency surpass old-school hash by a country mile, regardless of who thought of it first. So please, come in and let us show you what you’ve just read about—let us introduce you to something new, something better than what you’re used to. We’re Your Best Buds, and when it comes to dabbing, that’s what we do. 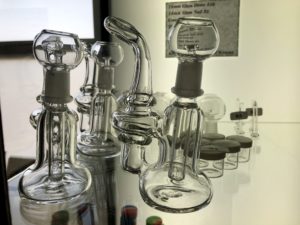