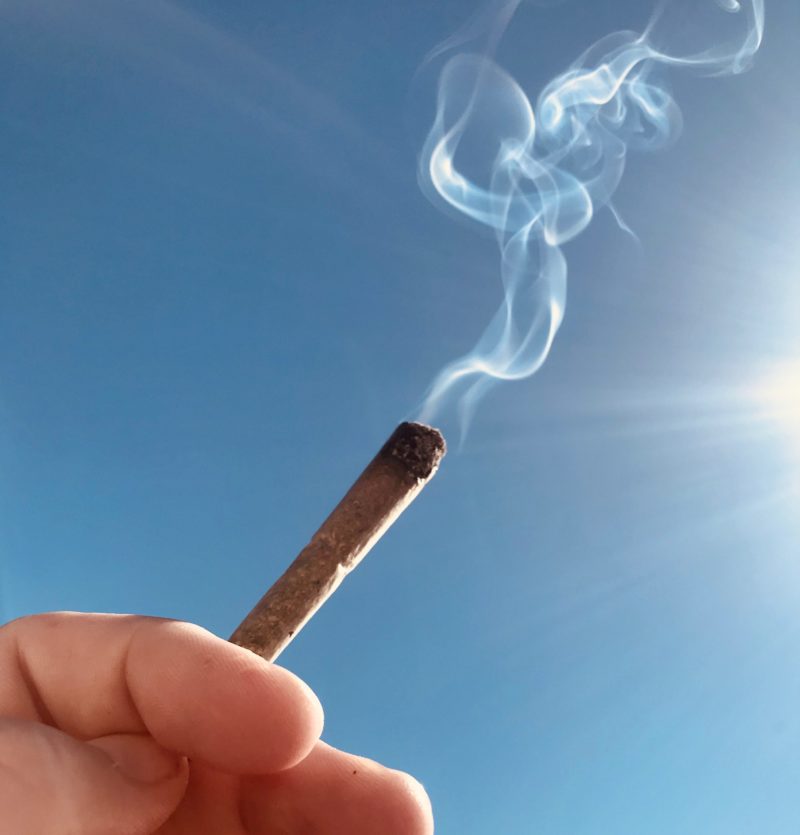 In my humble opinion, the only thing wrong with smoking pot is that after a while, it’ll stop working. The THC in cannabis is just like any other intoxicant in that your body will build up a tolerance over time, which is annoying. And frankly, that’s the boat I’m in right now. I work in a dispensary (obviously), so I’m usually swimming in flower (I’m spoiled) and I smoke regularly. As such, I’ve built up that dreaded tolerance, and I’m about to take a drastic step to fix my problem: I’m going to take a tolerance break.

Simply put, a “tolerance break” is a period of time wherein you don’t consume cannabis so your tolerance goes away. There’s a ton of science behind it (for more, please read my blog on the endocannabinoid system HERE), but basically, taking a break from pot lets your ECS receptors become more receptive to cannabinoids. And then when you fall back off the wagon, your fresh receptors soak up all that lovely THC and you get a high that feels just like the first time. However, the duration of a tolerance break differs depending on the amount you smoke. So, if you’re a smoker who takes a puff or two at night, a day off will work, but if you’re an all-day type of smoker, you’ll need to take a week-long tolerance break for the best effect (mine will probably need to last a decade to work).

Sounds horrible, right? Well, believe it or not, you can be proactive and take mini tolerance breaks to make it so your tolerance doesn’t get too high in the first place. Most people do this by designating a day to stay away from cannabis, like “sober Sunday,” and it works well (but please don’t choose Monday because that day sucks enough as it is). However, this isn’t possible for some people, even though that might sound a bit alien to you if you’re not one of them. A lot of people use cannabis as their medicine, and as such, a day without isn’t feasible. So, if you’re in this boat, I’d recommend giving targeted groups of receptors a tolerance break.

You can read a peer-reviewed study HERE if you’d like, but basically, ECS receptors are located throughout the body, and there’s a high concentration of them in the digestive system. Do you see what I’m getting at? If you use cannabis, but smoking it isn’t as effective as it used to be, give your lungs a break and switch to edibles for a while. And then when that gets old, go back to smoking. Doing so will let you get the most out of your cannabis because you’ll always have a fresh group of receptors to switch to once a certain group builds up a tolerance. And if you need a third option, try a transdermal cannabis product.

Believe it or not, we sell THC-infused transdermal patches from Mary’s Medicinals (these things are just like nicotine patches, but they get you high, which is way better than nicotine). All you need to do is clean a venous area of your body (like the inner-wrist or the top of your foot), slap on a patch, and then wait for the effect. The high that comes from a patch isn’t as intense as something you’d get from flower or edibles, but it lasts much longer (it’ll keep you where you need to be for 8 to 12 hours). So, if you throw patches into the equation, you can rotate between your lungs, stomach, and skin to make sure no one group of receptors gets too much THC.

Lastly, did you notice that you just read a dispensary blog that suggested taking a break from smoking? Isn’t that a little odd given that it’s my job to get you in to our Durango dispensary to spend money? In saying this, I simply wanted to point out that most shops will tell you to just smoke more pot if your tolerance builds up because those shops just want your money—we want you to have the best possible experience with the cannabis you buy here, because we’re different; that’s why We’re Your Best Buds!