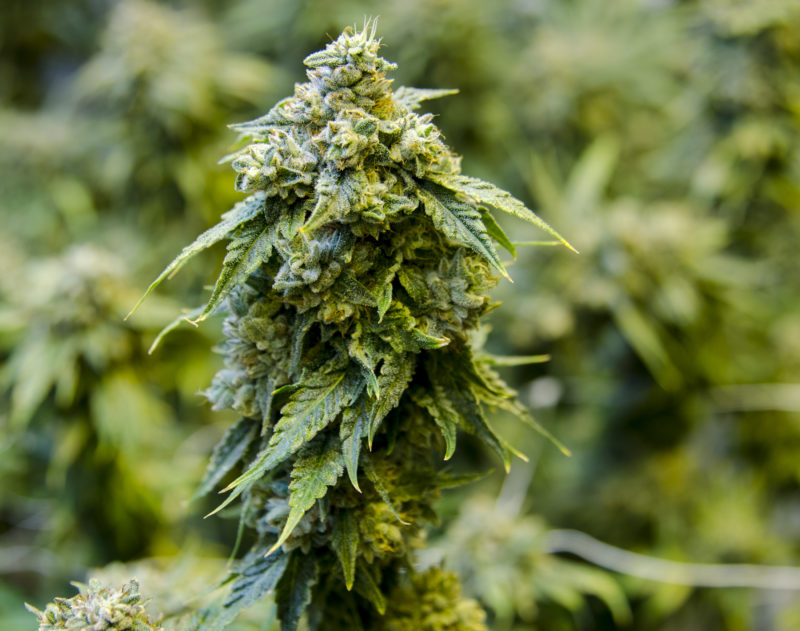 I can’t tell you how many times it’s happened to me. A customer will walk in and ask something like, “what’s your best sativa strain right now?” I’ll say something like, “the White Widow is wonderful,” to which this hypothetical customer will respond, “oh, no thank you; I tried some White Widow once and it was horrible.” This is when I take a deep breath and explain that not all White Widows are created equally, but what I really want to do is say this:

Imagine two White Widow seeds siting on a table. A monkey walks up to the table and takes home one of the seeds; he grows it in a ditch and waters it with barbecue sauce. The other seed is taken home by a scientist. He grows it professionally in his lab under specifically engineered lights while controlling the CO2 in the air to increase photosynthesis. Now, if you were to wait until both plants were mature, and then set them side-by-side, they’d look nothing alike. If you smoked a little of each, they’d neither taste nor smell anything alike (the monkey’s pot would remind you of brisket). And the high that came from each plant would differ greatly.

Do you see what I’m getting at? We’re the scientists in this situation. It doesn’t mean that you won’t like our White Widow just because you didn’t like the White Widow you got from a monkey elsewhere. After all, way back when, growers named the strains they bred simply to keep track of them, and because it was cool. But now, those names have morphed into brands, and as such, people think they know what to expect from a certain strain. Nothing could be further from the truth, so as a PSA, I’d like to tell you this: when it comes to cannabis strains, the name isn’t nearly as important as most people think. What matters is who grew the plant, and how they did it.

This is especially important for you strain-chasers out there because, for an example, there are about three Durango dispensaries selling Gorilla Glue #4 right now, but you’ll pay different prices per gram at each place. This is frustrating because shoppers will chase the lowest price thinking that all strains of Gorilla Glue #4 are the same because they share a name, which is simply false. Think about it this way: Pabst Blue Ribbon is a lager, and you can buy a thirty-pack for about $17. Samuel Adams’ Utopias is also a lager, but it costs $150 for a single bottle. Not all lagers are equal in price or quality in the same way that not all Gorilla Glue #4 strains are equal. And a few months ago, I wrote a blog on how to identify high-quality cannabis (you can read it HERE), but this week, I wanted to give you a few pointers on how to tell if the pot you’re about to smoke es no bueno. So, watch out for these three things:

1.) “PM,” or “powdery mildew.” PM looks exactly like it sounds (a white powder), and to the untrained eye, PM can look like trichomes, which are the white crystals you want on your pot. True, the state requires all flower to be tested for microbials before a batch of bud can be sold recreationally, but you’ll still find PM on recreational bud, especially if you’re buying the cheap stuff. The reason for this is that after the flower passes its microbial test, and after it’s sent to a dispensary, it can sit there for months which gives trace amounts of PM time to grow. Disclaimer: THIS NEVER HAPPENS AT THE GREENERY! We take the small-batch approach with our growing and ordering, so our flower always sells out while it’s fresh. You’re welcome.

2.) Aphids. I’m not joking: I’ve seen recreational flower sold in Colorado that’s crawling with bugs. So, look at your pot—if it’s moving, it’s no good. The state also requires that all recreational flower be tested for residual pesticides, so I guess some people might be passing that test by simply letting the bugs have free-range. Gross.

3.) Brown Leaves. When the green on flower is replaced by brown, it means one of three things happened: either the pot was burned by the fertilizers, or the grow lights, or the flower wasn’t cured properly. For the record, brown pot won’t hurt you, but if you see brown edges on the flower, it’s a likely sign that the terpene or THC content is lower than it should be. So, again, if you’re hunting around for some Gorilla Glue #4, try paying attention to the color more so than the price; it’s just good advice. I’ve written blog after blog about The Greenery Grow, but just as a reminder, you should click HERE to learn about why you’ll never have to check our flower for any of these three detractors.

The last reason you shouldn’t get stuck on a single strain because you liked it “that one time” is availability. Thanks to rampant crossbreeding, there are well over 4,000 strains of marijuana available recreationally in Colorado. So, if you were to walk into a dispensary looking for a particular strain, the chances of actually finding it are one in four thousand—statistically speaking, you have the same chances of finding your strain as you would flipping a quarter twelve times and having it land on heads each time. That doesn’t happen very often.

So, instead of walking into a shop and then turning away when they don’t have the strain you’re looking for, ask for something similar. In our Durango dispensary, we train our budtenders on how to look up a strain and its reported effects; they can also figure out your favorite strain’s lineage. We make our budtenders smoke every strain we offer (it’s a rough life) so they can become familiar with what we sell, and I promise that each budtender you’ll meet here can find you a strain that’s similar to (or better than) the strain you’re looking for. So, if you’re stuck in a rut with a favorite strain, or if you want to find the absolute best representation of your favorite strain, come see us at 208 Parker Avenue right here in Bodo Park (please bring your valid I.D. proving that you’re over 21). We’ll help you find what you’re looking for and we’ll explain why quality matters more than price or a name, because We’re Your Best Buds!