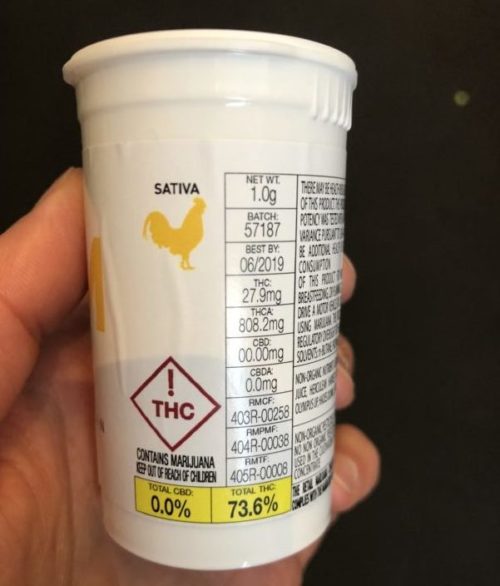 Occasionally, I’ll write one of these blogs, Faith will post it, and then I’ll realize I forgot something important. It’s frustrating. And it happened a few weeks ago when I told you how to tell the good from the bad when it comes to flower (for a refresher, click HERE) because I didn’t say anything about THC percentages… sorry about that.

I used to be a THC snob. Whenever I shopped for flower, the numbers were the first thing I looked at; smell and appearance took a back seat to potency. But those were ignorant days and working in a dispensary has changed my outlook. About a year ago, Sloane suggested that I try some Deep Chunk and I scoffed at the suggestion because the flower barely broke the fifteen-percent mark per THC. Sloane looked at me like I was an idiot and said, “don’t be a THC snob,” so I took her advice, and it was the right thing to do. The high from that flower was complex and perfect, and it was difficult for me to trust THC percentages from that point forward.

The reason is simple: there are well over one-hundred cannabinoids in cannabis, and THC is just one of them. So, the higher the THC percentage climbs, the lower everything else falls. But that’s something I’ve written about before, and now, things have become even more complicated because the scientists have gotten involved.

You see, flower has a very low level of active THC; most of the THC in bud is actually THCa (the acid form of the cannabinoid). When you burn flower, the THCa is decarboxylated by the heat and it turns into THC, which gets you high. Get it? THC needs to be activated by heat to make you feel good (that’s why it doesn’t do anything if you eat a handful of flower). And about a month ago, the scientists thought that THCa converted over evenly into THC. So, hypothetically, if a strain of flower had a 28% THCa percentage, it was thought to give you 28% THC after you smoked it, but that’s not the case. 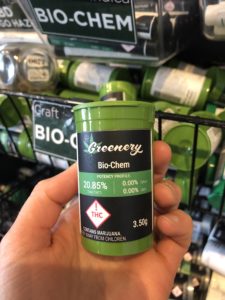 Now, only .877 of the THCa turns into THC once it’s decarboxylated. So now, when we have a strain of flower that tests at that hypothetical mark of 28% THCa, it’ll be labeled as containing “24.5% Total THC.” Isn’t that confusing? And the reason I’m writing this for you is that this new conversion formula doesn’t apply only to flower—it’s also used to determine the potency of concentrates, and as such, it’s something I get asked about every day as a budtender.

For instance, we’re selling some Zero Gravity shatter right now that contains 799mg of THCa, and a couple months ago, it would’ve been labeled as providing 79.9% THC. But now, after the new conversion, the label says “70.3% total THC.” See what I mean? The percentage for the flower example I gave you really didn’t change that much due to the new equation, but the percentage on the shatter dropped by nearly ten percent. And at least once a day, I encounter an irritated customer who wants to know why our “concentrates are so much weaker than they used to be.”

That’s the frustrating part. At least once a day because it really does look like our Durango dispensary has started selling less-potent concentrates, when really, all we’re doing is using a new mandated formula to figure out total THC.

But you don’t need to worry about that because you’re reading this. And you really don’t need to worry about that because you know We’re Your Best Buds, and if you bring your valid I.D. proving that you’re twenty-one or over into our dispensary at 208 Parker Avenue, one of our knowledgeable budtenders will show you the new labeling requirements and prove that our concentrates are just as potent as they used to be. That’s the type of service and information you get when you come to The Greenery (it’s what makes us different), and frankly, you shouldn’t expect anything less.