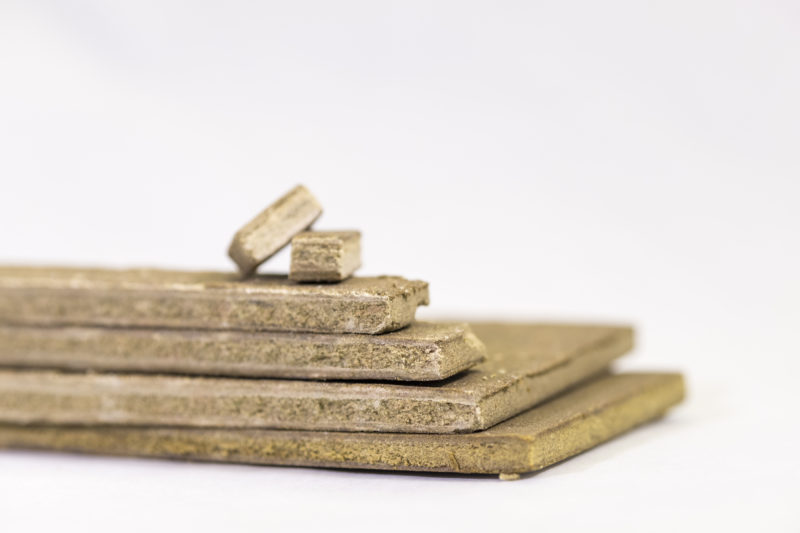 Some of the world’s best hashish comes from the Bekaa Valley in Lebanon, where cannabis farmers have been dry-aging and pressing kief into bricks since long before hashish made it to America.

However, there’s a problem: hash is illegal in Lebanon, and the Lebanese government routinely bulldozes entire fields that were once sown and harvested by hash-making tribes. And even if this didn’t happen, it’s illegal to import hash into this country from overseas, so authentic Lebanese Hash is one of the scarcest concentrates on the market, and the tradition is slowly fading.

But not in Durango.

At The Greenery Hash Factory, we’ve picked up what the Lebanese farmers are being forced to put down, and now we’re making the best Lebanese Hash this side of the Mediterranean. We start with high-quality, dry-sieved kief just like the source material that comes from the Lebanese marijuana plant, which is one of the rarest strains in the world. We age the kief in a humidity-controlled environment to mimic the aging process in the original version, wherein kief was set aside in cool cellars until the pressing season came along in the winter months. And then we press the kief into large bricks via a proprietary process that darkens the kief and seals in the flavor.

The result is wonderful: it’s a mellow smoke with a fresh and complex taste; this hash is made from all the potent trichomes that house marijuana’s flavor. And Lebanese hash is different from our other products because it isn’t cooked. The simple pressing process melts the trichomes to bind the brick together, but only a minimal amount of heat is generated, so our Lebanese isn’t completely decarboxylated like other hashes such as our Moroccan, and most of the THC remains dormant in its acid form (THCa), just waiting for a flame to release its potency.

But the best part is that you can actually enjoy this hash—you don’t need a passport and a ticket to Lebanon, nor do you need a time machine that’ll take you back to the years when Lebanese Hash was easy to find. You just need to go to the best Durango dispensary, The Greenery, and ask us about our Lebanese Hash. We’re at 208 Parker Avenue, which is a lot easier to find than the Bekaa Valley, and we can’t wait for you to experience the storied tradition that comes along with every gram of our Lebanese Hash, because We’re Your Best Buds!