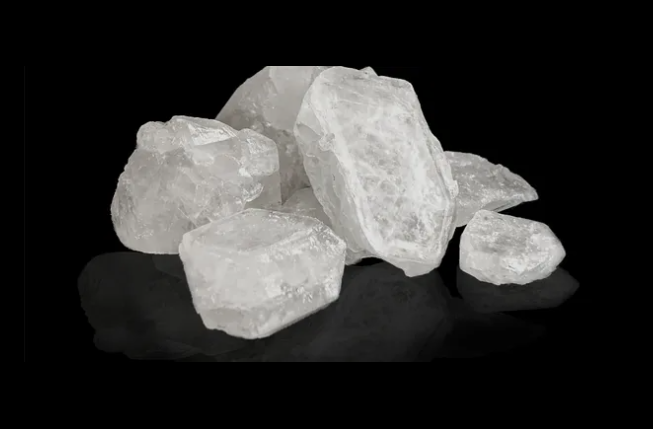 King of Diamonds in Durango

No, the “King of Diamonds” isn’t a playing card: it’s the most potent cannabis concentrate you can buy, but we’ll get to that in a second. The real reason I’m writing this is to tell you about all the new and exciting products we’re adding to our shelves for the spring season.

I mean, variety is important, right? It’s been a while since we revamped our lineup, and since I shop only at The Greenery, I noticed recently that our edible and concentrate selections in particular hadn’t changed in a while, so we put our heads together and freshened our offerings with all sorts of stuff, the first of which was the King of Diamonds from Empire.

Look… if you call yourself a dab connoisseur, but you’ve never tried pure diamonds, you need to get in here ASAP before you lose your title. Technically speaking, The King of Diamonds dab is pure THCa crystalline, and since it usually tests at 99.98%, it’s the purest, most potent concentrate on earth. From a distance, this stuff looks exactly like quartz crystal, and it’s difficult to believe that it came from a marijuana plant, but I’ll explain. What they do to make this stuff is to first produce Live Resin: fresh-frozen flower is blasted with butane, and then the resulting oil is cured, which causes THCa crystals to start growing. At this point, the concentrate is simple Live resin, or “diamonds and terp sauce,” but the diamonds themselves still contain some of the yellow terpenes from the plant. So, the geniuses over at Empire take the Live Resin a step further through a process called “recrystallization.” Basically, they take the yellow diamonds out of the Live Resin, melt them down with acetic acid and hexane, and then they let the solution form new crystals, which end up being nearly 100% pure THCa. Crazy, right? And since the THC is left in its acid form, THCa, eating this stuff won’t get you high in the slightest. It’s an inert compound that won’t affect you in a psychotropic manner until you apply heat in your dab rig, which decarboxylates the cannabinoids; science is fun when it pertains to marijuana. And to dab this stuff is to experience something truly unique: the taste is almost nonexistent, and the high is wonderfully bright and clean. We simply love this stuff.

But if you’re a fan of the terp-rich taste that comes from standard Live Resin, we’ve still got you covered. We’ve always sold the best Live Resin on earth from Green Dot, but it’s a tad costly, so we just brought on the Live Resin from West Edison. This stuff is super saucy and potent, and if you get it on Waxy Wednesday, it’s barely over $33 per gram, which is a screaming deal for a concentrate of this quality.

Now, on to edibles! This category is near and dear to my heart because I love the convenience and long-lasting high provided by edibles, and I can say honestly that The Greenery now sells the best edible on earth: Dialed In Gummies. You see, most gummies are infused with hydrocarbon extracts made with butane or other chemical solvents. But Dialed In is made with solventless rosin: they press ice-water-extracted bubble hash in a steam press to squeeze out the cannabinoids. So, this new edible was made without any chemicals whatsoever, and since solventless rosin was used, the gummies retain the terpenes, and the high you get from these is as close to a smoked flower high as you can get without smoking flower. Simply put, Dialed In gummies are a game changer.

But just like all gummies, these can melt in the high heat of summer, so we also brought on one of Colorado’s most popular gummy brands, Green Hornet. These gummies are always consistent, but more importantly, they’re individually packaged. So, if you make the rookie mistake of leaving these in your car and they melt, they’ll still stay separate thanks to the packaging, and all you have to do is throw them in the fridge to make them solid again. This makes them perfect for camping and transporting, which is exactly the type of forethought that makes The Greenery Durango’s best dispensary.

And we also brought on the Quiq Chocolates from Incredibles. They’re also packaged individually, so they’re the best chocolate product for summer months, but more importantly, they’re fast acting. With most edibles, the THC is lipid-soluble, so it needs to bind with fats and be processed in your liver before you feel it. But with these new Quiq Chocolates (and with quite a few of the other edibles we sell, such as Wana), the THC has been nano-encapsulated to make it water-soluble. This means the THC permeates the semi-permeable cell walls in your body, and you can start to feel the high in as little as 15 minutes, which is perfect for impatient stoners.

Finally, we brought on the S’mores Bar from Incredibles for obvious reasons. This 100mg THC bar is made with mini marshmallows and chunks of graham crackers… can you imagine what it would taste like to make an actual s’more with this bar instead of boring non-infused chocolate? Well, we can, and that’s way we started selling it. You’re welcome.

Since you made it this far, I’m going to do something we’ve never done before and give you a sneak peek at the products “coming soon to a dispensary near you” (that would be us). Usually, we keep this stuff quiet because we don’t want the lesser dispensaries in town to get wind of what the best one is doing, but I love our customers, so I’ll divulge a few secrets and tell you what we’re bringing on in the coming months.

First, we’re also going to bring on The Jack of Diamonds from Empire to go right alongside their King. With the Jack version, they grind their large diamonds down into a fine powder that looks like ground table salt. I know that sounds a bit weird at first, but when you figure out that you can roll some of the pure THCa powder into a joint, or sprinkle it into a recipe for a homemade edible, the lightbulb above your head should start blinking.

Secondly, we’re about to order Live Sauce Carts from Harmony for our shelves. The Live Sauce (which is just terpene-rich Live Resin) from Harmony represents the pinnacle of cannabis vapes, and you wouldn’t believe the price if I told you, so I’ll save that surprise for when you arrive.

And lastly, if you’re a fan of edibles like I am, the future is bright for you here at The Greenery. Soon, we’ll have the cannabutter-infused cookies and brownies from Sweet Grass available for sale, and these things taste just like the treats grandma used to make, but they get you high. For hard lozenges, up until now, we’ve sold only the Sweet Pieces from Mountain High, but we’re about to have the Suck It from Canyon available, and I love these things because they contain only 2.5mg per piece (with 40 pieces per package), meaning you can eat quite a few of them if you have a high tolerance instead of having just one, which isn’t the case with most edibles.

We’re also bringing on Mr. Moxey’s Mints, which are the best mints ever in my opinion, and they originated on the west coast, so you know this edible is vetted and awesome. And finally, for all you shoppers who just need a quick and easy single-serving edible, we’re bringing on both Ganjalas and Pressies. The Ganjalas are delectable single-serving taffies made with solventless cannabutter, and they’re a local favorite produced next door in Telluride, so they have one heck of a cult following. And the pressies are quick and easy tablets that deliver 10mg THC per serving, and each one will cost you $4, which makes this the cheapest high you can find in our shop, period.

Boom! You made it to the end. I’m sorry this one was so long, but the list of new marijuana products we’re adding this summer deserves the attention. And as always, if we didn’t add to our lineup something you’d like to see, please just shoot a message to info@durangogreenery.com, and I’ll look into it. It’s very important to us as Durango’s highest-rated dispensary to offer all the things you want, and to always come fresh with a new variety of products to keep you excited every year, because We’re Your Best Buds!