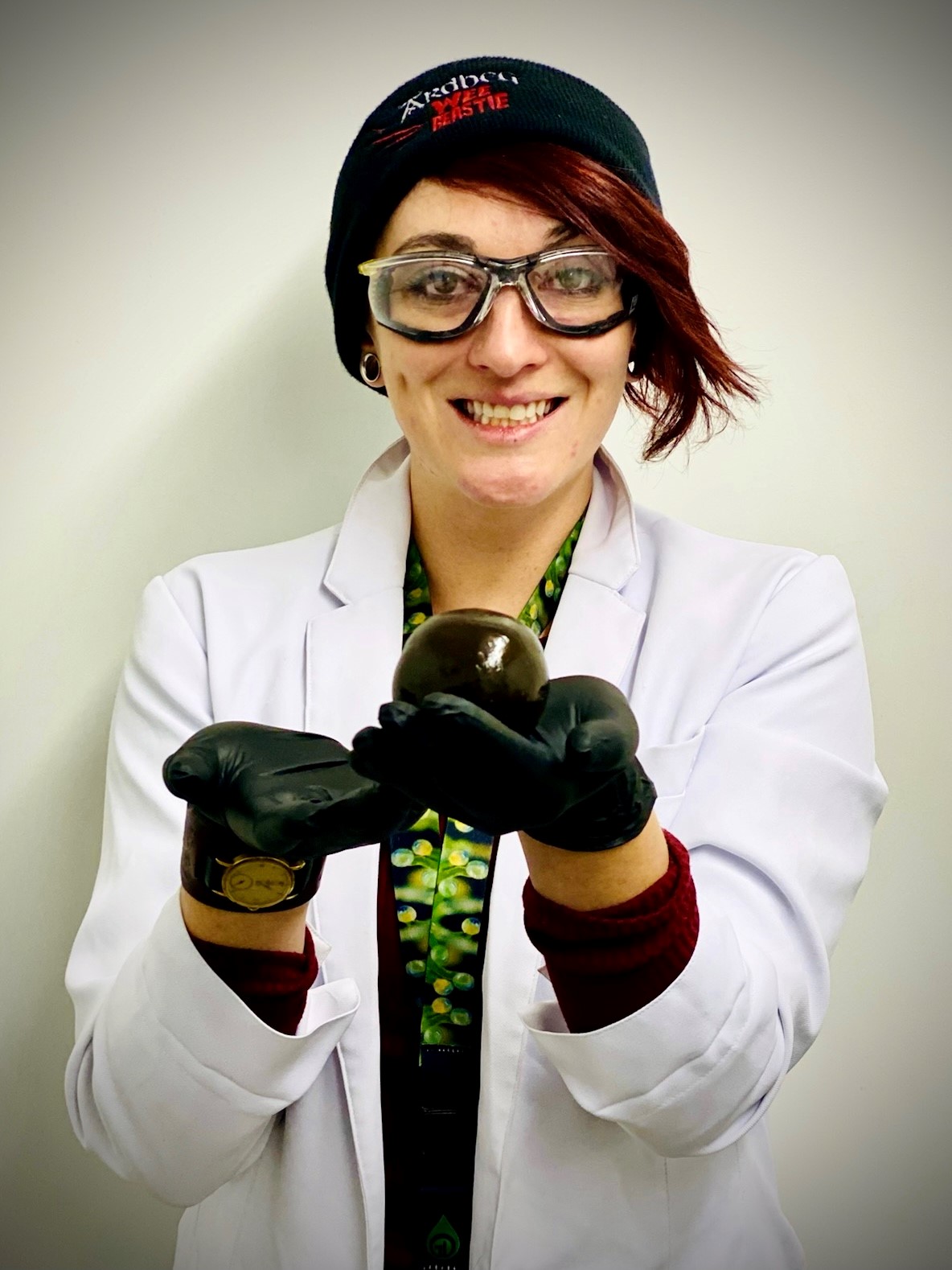 Lis is the Best Bud you’ll never meet because she spends her days hunkered down in our Hash Factory. She’s the boss lady over there, meaning she manages every aspect of our Factory like a ninja, and she makes 100% of the concentrates we sell, so if you’ve ever smoked any of our Moroccan or Lebanese Hash, Lis got you high without ever meeting you. Isn’t that insane? And if you think about it, it goes even deeper because we wholesale our hashish to over 200 dispensaries across Colorado, so really, how many people has Lis gotten high? It’s mindboggling to crunch numbers like that, but it’s safe to say that Lis’ work has had an impact both right here in Durango, and across the state. So, since you’ll never get to meet Lis, here’s a little more about her so you can get to know December’s Best Bud of the Month:

Q. When did you start working for The Greenery?

Lis.  While I enjoy a healthy amount of flower, edibles, and hash, my absolute favorite is thick, sticky Moroccan hash smoked out of a chillum (and I’m not just saying that because I make it). I prefer a strain conducive to creativity while surrounded by books with a notebook at my disposal and a pen in hand.

Lis. Anything in the mountains, be it on foot or on my bike.

Q. Tell us about your pet.

Lis. Wally is a derpy, 75lbs, three-year-old Olde English Bulldogge whom I rescued in May. He’s the Hash Factory’s resident “guard dog.” His favorite activities include, tug-o-war, gobbling snow, loving on his friends (i.e. the MIP employees), playing the lap dog with his dad, blessing everyone with his farts, and ferociously barking at anyone who knocks on any door anywhere near him. I also have a cat, Lil’ Weezy. He enjoys harassing things, cleaning himself, and playing fetch (but only when he’s run out of things to harass).

Q. Which station do you stream while you’re working at The Greenery?

Q. What do you like most about working at The Greenery?

Lis. The Hash Factory is a great place to work for numerous reasons. Much of it is due to the cohesive, enjoyable work environment, which results from the efforts of our amazing team. My absolute favorite time spent at work, however, is in the cook room with my headphones on crafting quality hashish. I never knew I could make a career out of my love of science, artistic creation, and cannabis. The satisfaction I get from handmaking something that people appreciate is unparalleled.

See what I mean? She loves making hash just for you, and not just because that’s what we pay her to do. It’s a latent passion of hers that she discovered way back in the day when she first started here—at one point, she was the only employee over at our Hash Factory, and she started out as a Production Assistant. But in the year and a half that followed, Lis truly came into her own, and now she runs a five-person team that pumps out Colorado’s only authentic hash, which you can find across the state in THESE friendly dispensaries. She’s helped us make a name for ourselves as a purveyor of the highest-quality, solventless hash, and we wouldn’t be where we are today without her, nor would we be able to reach the heights for which we’re aiming.

So, Lis, thank you for everything you do. You’re an integral part of our company and family, you’ve made our success possible by focusing on quality and compliance, and you’ve earned your place here time and time again, which is why you’re January’s Best Bud of the Month!