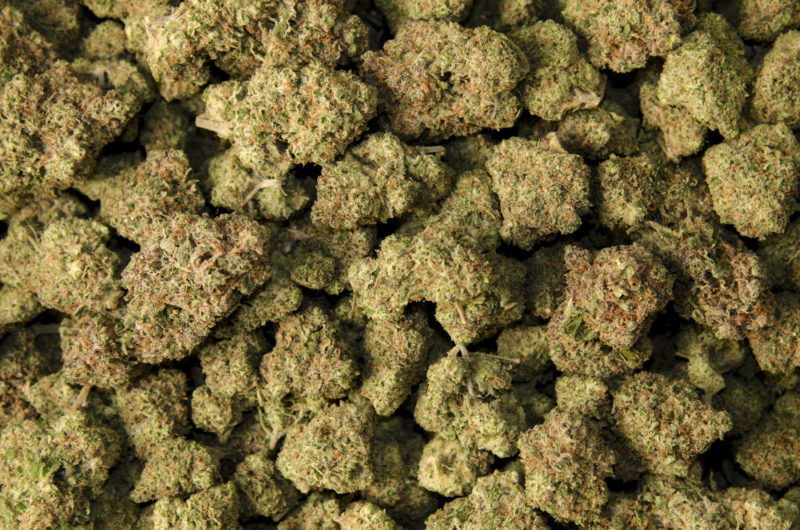 In a dispensary, the phone is always ringing, because as it turns out, marijuana is awesome. And given that I sit at my desk for most of the day, it’s usually I who answers the phone with a friendly, “thank you for calling The Greenery, this is Jesse, how can I help you?” I love this because it means I have a front-row seat when it comes to figuring out what customers want thanks to these phone calls, but lately, I’ve noticed something new.

A couple months ago, most calls were focused on simple questions: “Where are you located?” “How late are you open?” “Will you please ship marijuana to Texas?” Frankly, those calls are kind of boring because the answers are so simple (we’re at 208 Parker Avenue, we’re open until 9:30pm except for on Sunday, and for heaven’s sake, NO, we cannot ship pot to Texas). But lately, I’ve been getting call after call from people who are looking for affordable ounces of flower because they all seem to have disappeared. I’ll tell these callers the price for our most affordable ounce, and more often than not, they’ll start to complain. As an aside, I always think it’s a bit odd when I encounter these complaints because I’m pretty sure people don’t call into grocery stores to complain about prices, so it’s weird to do so at a Durango dispensary, but on the other hand, I get it. If I were a customer who bought ounces, the recent state-wide price increase would’ve caught me off guard as well. So, this week, I decided to write a lengthy explanation as to exactly why flower prices across Colorado are climbing higher than a Sativa buzz. Let’s get into it…

About a year ago, the cheapest ounce of quality flower you could find in Denver was in the $120 range, and life was pretty stable. But then, something changed (imagine ominous music playing in the background). A very large conglomerate purchased a 180,000 square-foot grow in the heart of Colorado, and they started pumping out flower like you wouldn’t believe (they can harvest more than 100 plants a day). Next, this conglomerate purchased a few dispensaries in downtown Denver, and then they started selling their own flower for around $60 an ounce before tax, which was half of what their competitors charged (just so you know, I’m not going to mention names because most of this is conjecture anyway). And, just like a rock dropped into a pond, the conglomerate’s price drop sent ripples throughout Denver, and everyone had to lower their prices just to keep up—this was the beginning of the “race to the bottom” that got us into this pickle, but I’ll get to that in a second.

Now, at the time, there were about 530 dispensaries in Colorado, but we also had more than 700 grows. As you can imagine, the grows that weren’t vertically integrated with a dispensary also had to lower their wholesale prices to meet the demand for cheaper ounces, and then slowly but surely, these standalone-grows started to fold because they weren’t profitable. The availability of flower across the state started to dwindle. And then came the spring of 2019 wherein we had a late freeze in the plains, and many outdoor cultivations lost their crops; I’m sure you can see the storm clouds gathering.

Next, the summer months brought waves of tourists and travelers, all of whom wanted Colorado dispensary flower, and then demand started to catch up with supply. To make things worse, the state enacted tougher and more costly testing standards for flower, and retail prices went even higher as a result. As another aside, I want you to know that at The Greenery, we agree with these tests wholeheartedly because the best part of a legal, regulated cannabis industry is the fact that everything we sell has to be tested for microbials and pesticides, and that’s a good thing. It means  flower isn’t tainted with chemicals or mold, and that means everybody wins. While the newly regulated tests didn’t affect The Greenery’s grow, the regulations did impact the grows cutting corners. Anyway, moving on…

All the cheap ounces around Denver started to disappear, the trend spread across the state, and then prices started to climb exponentially because availability wasn’t what it once was given all the shuttered grows. See what I’m getting at? In the end, the wholesale price of recreational flower more than doubled during a single tourist season, and even the shops purchased by that conglomerate have raised their retail flower prices by more than 60%, which is ironic, when you think about it. The “race to the bottom” brought us to a wholesale price point that wasn’t sustainable, and when demand started to climb, nothing existed to correct the market because we’d lost too many grows. That’s what happens when you race to the bottom: eventually, you get there, and there’s a price to pay. It sucks, but it is what it is.

But, for the love of everything that’s holy, I want you to know that none of this really matters to us, because here at The Greenery, quality has always mattered more than cheap weed. Our vertically-integrated grow is still alive and kicking, and we’re still churning out the best flower in Southwest Colorado. You can still walk into our dispensary and then walk out with an ounce of craft small-batch flower for roughly the same price you’ve always paid, because we grow the stuff ourselves. So please, come see us (and please feel free to call and ask where we are; I’m used to it). Please come look at the ounces we sell and then compare them to the ounces around town. You’ll see that our flower really is the best, and that our dispensary’s prices are fair. And, if quality matters to you more than quantity, you’ll also see that We’re Your Best Buds, just like we’ve always been.