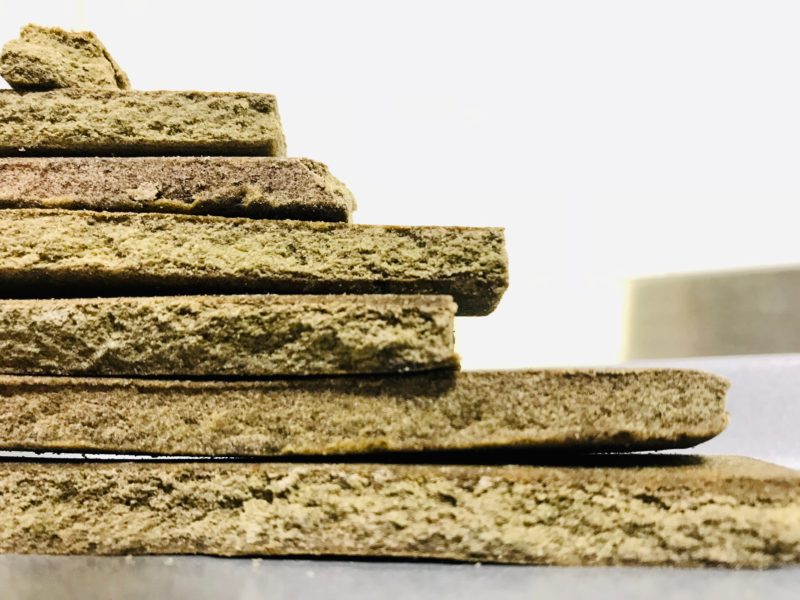 The History of Hashish

The elusive origins of hashish are steeped in mythology and shrouded in mystery, thus, arriving to a conclusion about just when humans began to craft concentrates from the Cannabis plant is extremely difficult. Archaeological evidence and reference to sieving cannabis resin or hashish seems to appear in 9th century Muslim texts, however, there are also depictions of the Cannabis plant that date back roughly 15,000 years ago to the Neolithic Jomon period, which leads one to ask: when did our ancestors begin to figure out cannabis concentrates? The best we can do is an educated guess: applied knowledge and logical reasoning seem to bring one to the conclusion that our ancient ancestors’ discovery of hashish coincided with evolution of agriculture.

Before moving forward, it may be helpful to clarify what is meant by “Hashish” or, you may have heard it simply referred to as, “hash.” As defined by Hashish Master, Frenchy Cannoli in a Weed World Magazine article, titled The Origins of Concentrate,  hashish is “a psychoactive drug made from sieving the resin glands of dried Cannabis flowers and pressing them with a source of heat.”

As mentioned earlier, there is strong evidence that shows humans have had a relationship with the cannabis plant for thousands of years. In fact, Cannabis was among the very first plants to be “domesticated by humanity” and so, it is reasonable to deduce that we had gained an intimate knowledge of the plant. Anyone with experience in Cannabis cultivation knows the inevitability of the sticky resin buildup on the hands and fingers. Our Neolithic ancestors would have experienced this also, and thus, this inevitable layer of resin on the hands of ancient cannabis cultivators, Frenchy concludes, would theoretically be the first concentrate made, albeit accidentally.

This method of live resin collection, would be rediscovered and named, ‘charas’ thousands of years later in the Himalayas. According to Frenchy, charas is the oldest form of concentrate, and remains the primary collection method employed today in the Himalayas.

Another method of resin collection from dry plants- which involves sieving to separate the resin glands from the plant material- would develop later. While evidence shows that humans have had the basketry technology necessary to sieve seeds from plants, and therefore, adapt that technology to collect dry cannabis resin since prehistoric times, no archaeological evidence exists to date hashish production that far back- although arriving to that conclusion is no great logical leap.

We know, from literary reference  in The Tale of Two Hashish-Eaters from the traditional Arabic text, 1001 Nights, that the use of  hashish was commonly known by the 11th & 12th centuries.  Though it is reasonable to believe it was practiced in 10th century at least from the earliest myth surrounding hashish, The Old Man of the Mountains, Hasan ibn al-Sabbah and his legendary assassins, who were fabled take hashish (it is likely that the word ‘assassin’ is thus derived from ‘hashishin’ as is referenced in the film John Wick III). Beyond these early stories, there is mention to eating hashish in 9th century Muslim texts by alchemists al-Razi and Ibn Wahshiyya. At the earliest, we can be comfortable in saying eating hashish was established sometime around the 9th century.

Early use of cannabis resin concentrate would have first been employed in incense, then the psychoactive properties certainly would have been discovered says master Frenchy Cannoli (perhaps by accidental ingestion of the resin layer on hands of ancient cultivators), and then ingested (as suggested in 1001 Nights), and lastly inhaled as smoke. Cannabis historian, Robert C Clarke, says in his book Cannabis Evolution and Ethnobotany, says that hashish’s use was probably “more widespread than previously recognized.”

Part of hashish’s cloudy origins is likely due to religious beliefs or trade advantages in keeping techniques secretive, explains Frenchy, as was the case with highly valued incense. Olfactory sensations have been used for “sacred or healing purposes” for millennia. Some incenses were valued so highly in the ancient world, that it was obviously advantageous to keep the ‘recipes’ and methods secret. The same would be the case of early hashish methods.

We likely ingested hashish long before we inhaled it, although we could never be certain, there has been three discoveries of pipes that possibly could have been used for cannabis (according to Clarke) that date prior to the Columbian era. What solid evidence that we have, however, seems to indicate that the rise of smoking hashish coincided with the advent of the rise of tobacco smoking from the New World: “Soon after tobacco was introduced to Eurasia, hashish was mixed with it and smoked.” says Robert Clarke. This happens in the early 16th century. Hashish “tagged along on the international success of tobacco, thus the hashish market blossomed anew within a few decades.”

It is impossible to determine exactly when humans began to use hashish or a form of concentrate, however, we do know that the practice had been established by ancient times and was likely discovered long before it was recorded with the methods shrouded in secrecy. Humanity’s relationship with cannabis concentrates has a long and colorful history.