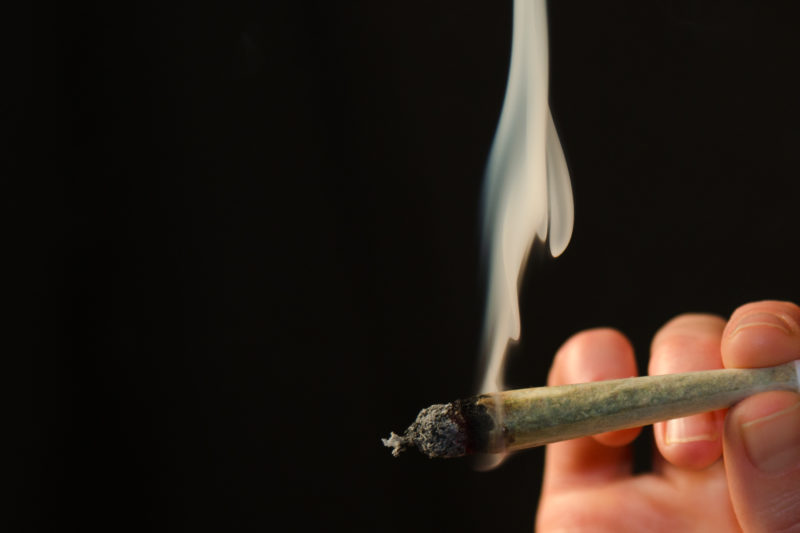 Bringing Back the Old-School

It’s a tired platitude, but necessity really is the mother of all invention. And back in the good ol’ days, there was plenty of “necessity” lying around when it came to cannabis because you couldn’t simply walk into a store like our Durango dispensary and buy weed; those were dark times. And it was just as difficult at times to find paraphernalia because headshops weren’t as ubiquitous as they are now. So, if you were lucky enough to score some pot from “a guy” but you didn’t have a pipe, you had to get creative. Or, if you had a pipe but no weed, you had to do the same. Granted, all of that is gone now because we have more dispensaries in Colorado than we do Starbucks and McDonald’s locations combined, but a few of those tricks from the old days are worth holding onto even though they aren’t necessary. Let me explain.

Let’s start with the “have a pipe but no weed scenario.” Back in the day, when we ran out, we’d scrape our pipes, collect the sticky black resin, and then smoke it. Resin burns like tar and the high is sedating like a hash-high, but it’s kinda gross. However, there was a silver lining to that tar-black cloud: most people walked around with clean pipes thanks to the times when they ran out. Nowadays, since pot is everywhere, people walk around with dirty pipes, which is just as bad as smoking resin. The heat from your lighter burns a bit of the buildup under the bowl, and all your pot starts to taste the same. So, two pieces of advice: clean your bowl regularly, and your pipe occasionally. Right after smoking, while the bowl is still warm, shove a paper towel down into the bowl and twist it; doing so will clean out all the resin and leave a fresh bowl for the next session. And if you notice that your hits start to taste a bit musky, boil your pipe in some hot water (or soak it in a solution of rubbing alcohol and salt) to clean out all that resin that we used to collect and smoke. Your taste buds will thank you.

Now, the “have pot but not a pipe” scenario is much more fun. I’ve made pipes out of everything from soda cans to fish tanks, even though the former probably took a couple years off my life because of the paint on the can and the latter was a bit ridiculous. And nowadays, there’s really no excuse to not a have a pipe (we sell a few for eight bucks in our shop), but you never know, it could happen (especially if you’re clumsy and you have a glass pipe). So, as a suggestion, smoke out of an apple.

Yeah, it sounds weird, but I’m sure you’ve heard older stoners talk about apple pipes, and old people usually know what they’re talking about. Step 1: pull the stem out of the apple, and then shove a pen down into the core. Don’t use the tip, and press it in until it goes almost all the way through. Step 2: press your pen into the top of the apple until the two holes in the apple meet, and then dig out a little bowl at the top of the second hole. Step 3: put some flower into the bowl, and then smoke it (by inhaling through the first hole). An apple pipe is obviously a one-time thing, but there’s an added bonus: the hits taste like apples. Fun, right?

But I know what you’re thinking: this is pointless because they sell papers at gas stations and you’d take a joint over smoking out of an apple any day. True. But because nobody runs out of joints these days (they’re $10 each in our shop and a gram a piece), something else from the old-school is being lost: generation joints.

Back in the day, we’d throw all our roaches (the small, leftover part of the joint that’s hard to smoke) into a pill bottle. When we ran out of flower, we’d bust out that pill bottle, break open all the roaches, and then roll all the flower into a “generation joint,” which is named thusly because it’s the second time, or “generation,” that the flower has been smoked. The flower in a roach is coated with resin, which is nothing more than activated THC, so it’s more potent; the high is much deeper and stronger with a generation joint than with a regular joint. These days, all the pre-rolls you buy in a dispensary have a crutch in the tip (a little rolled piece of cardboard that works as a mouthpiece), so it’s much easier to smoke all the flower in a modern-day joint, but if you find that there’s a little bit left over, I’d listen to me and get a pill bottle. Generation joints need to be brought back by all you millennials because they’re wonderful.

Alright, now on to something interesting: heel hash. This will sound disgusting but bear with me. Way-back-when, you couldn’t just walk into a store and buy hash. I know; it sounds crazy, but it’s true. So, we’d collect kief (all the crystals that fall off the flower in the container or collects on the screen in your grinder). And then we’d put the kief into a cellophane bag (like the one that comes on a pack of cigarettes), fold-up and tape the bag so it was sealed, and then put it in the bottom of a shoe. If you walk around on it all day, the heat and repeated pressure would turn the kief into hash… don’t judge me.

Or better yet, if you take that kief, put it in between two pieces of parchment paper and then press it with a hair straightener, you can make rosin at home (a full-burn hash you can dab), which is perfectly legal to do. Yeah, this tidbit is a little pointless as well given that we sell professionally-made rosin in our shop for $30 per gram out-the-door and you won’t need a hair straightener, but who knows? Maybe you have a bunch of kief in your stashbox and you’re looking for something to do. If so, you’re welcome.

See? Some of the things we came up with before cannabis was legalized in Colorado are worth keeping even though they’re no longer necessary—after all, you shouldn’t throw the baby out with the bong water (or something like that). And just about everyone who works at The Greenery has been around the block per the ways of an old-school smoker, so if you’d like some advice on homemade pipes, or if you’d like to come buy some kief for homemade hash, come see us at 208 Parker avenue and bring your valid I.D. proving that you’re 21 or older. We’ll send you on your way with a few old-school tips, because We’re Your Best Buds!