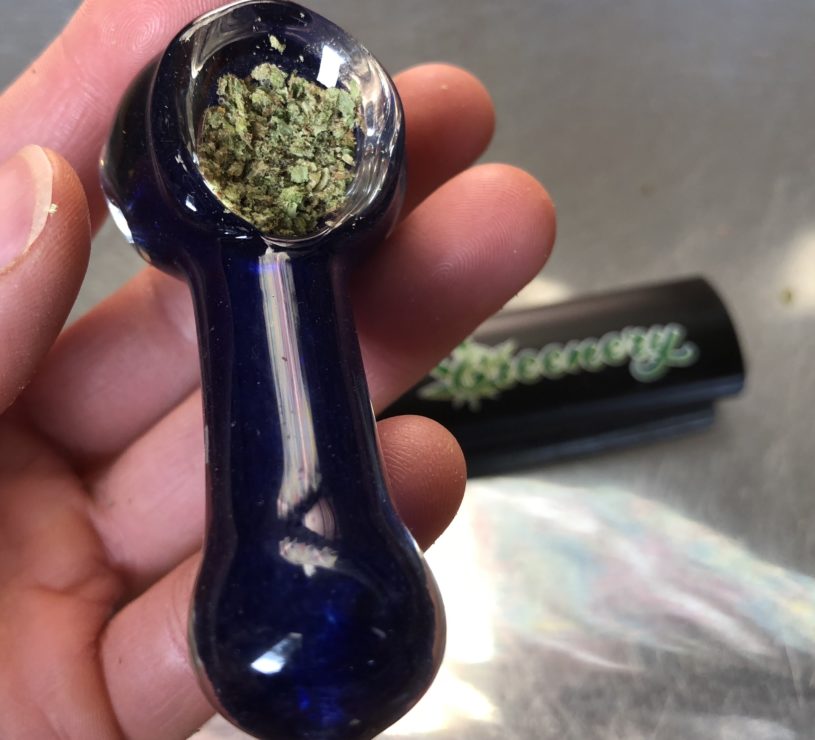 How to Smoke Marijuana

There’s nothing wrong with not knowing how to smoke pot. I just read a news story that said one out of seven Americans smoked pot in 2017, so if you think about it, that means six out of every seven people you see on the streets haven’t smoked the stuff recently (granted, this statistic probably isn’t accurate here in Colorado). And at least once a day, one of these six people comes into our Durango dispensary and asks quietly, “so… how do you smoke marijuana?” If you’re one of these people, I hereby swear that we’ll never judge you for your inexperience because we were all there at one point.

Melissa is the best at answering these questions. I’ll admit that the average budtender might react to the “how do you smoke pot?” question with an “are you serious?” expression, but it never phases Melissa. She’ll pull out a pipe and a grinder and a lighter and go through the process for first-timers with a parent’s patience. And this week, I’ve decided to emulate Melissa and write something comprehensive for all you first-timers out there who’ve decided to try smoking cannabis; here we go. 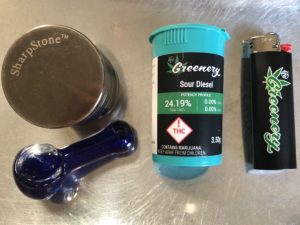 It’s an easy thing to do now that cannabis is legal here in Colorado, but not all marijuana is created equally. To see the good stuff, check out our menu HERE. We have the relaxing Indica strains and the energetic Sativa strains and everything in-between—to learn about the differences so you can make the right selection, click HERE. 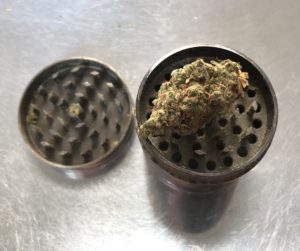 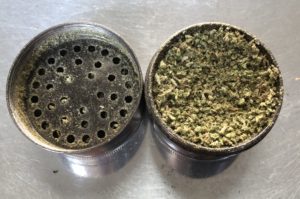 For the record, I’ve smoked pot for more years than I haven’t, and I’ve never used one of those fancy grinders: I simply break the pot apart with my fingers and shove it into my pipe like a caveman. But if you want to grind your pot properly, you’ll need a grinder. This is important because if you simply stuff a bud into your pipe without grinding it, it won’t burn evenly. Grinding the cannabis allows the fire to get into all the nooks and crannies, and it’ll allow the bowl to form a “cherry,” which is a little burning ember that’ll make it so you only have to use the lighter once or twice. 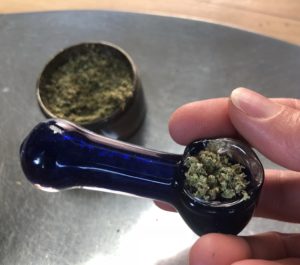 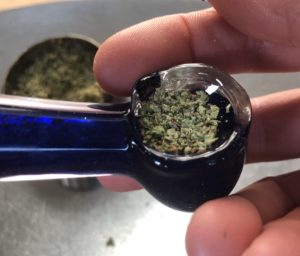 You’ll need to put the ground pot into the bowl of your pipe, but don’t pack it too tightly because that’ll clog your pipe, and that’s never a good thing. Simply fill up the bowl of your pipe and press the flower down lightly with your thumb so it doesn’t fall out, and you’re ready to smoke. If you want to step things up a bit for that true Colorado experience, you can sprinkle a little old-school hash on top of your flower after loading it. This will add potency and flavor to your bowl, and it’ll make it last longer. In fact, we have our very own Hash Factory, and we make and sell the best old-school hash in Colorado. 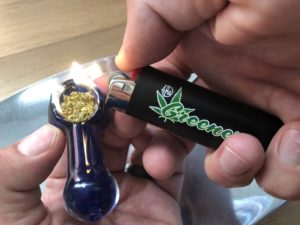 A simple lighter works best, and instead of torching the whole top of the bowl while you inhale, try burning just the side of it. This will make it so you can burn a little “green” with each hit so each puff tastes fresh. Some people call this method the “hippy hit” because it’s friendly: if you don’t torch all the green in the first hit, everybody in your smoking circle can taste a bit of the freshness instead of the first person getting all of it. Secondly, on the side of most pipes, there will be a little hole called the “carburetor.” You’ll need to cover this hole with your finger while you’re burning the pot and inhaling; take your finger off the hole at the end of your hit to clear all the smoke out of the pipe. Or, if you’re a pro, you can cover the hole partially while inhaling to let a little fresh air mix with the smoke for a lighter hit.

Boom! That’s how you smoke pot. Granted, you can always roll joints, but I’d recommend buying one pre-rolled (we sell one-gram joints for $12 all day long) because rolling a joint isn’t something I can teach you how to do in a blog. And then there’re bongs and glass blunts and all sorts of fancy ways to light pot on fire, but a pipe is always best for novices. So, if you’re a first-timer, come in and see Your Best Buds here at 208 Parker Avenue: we’ll take our time to answer all your questions with respect, because that’s what we do!