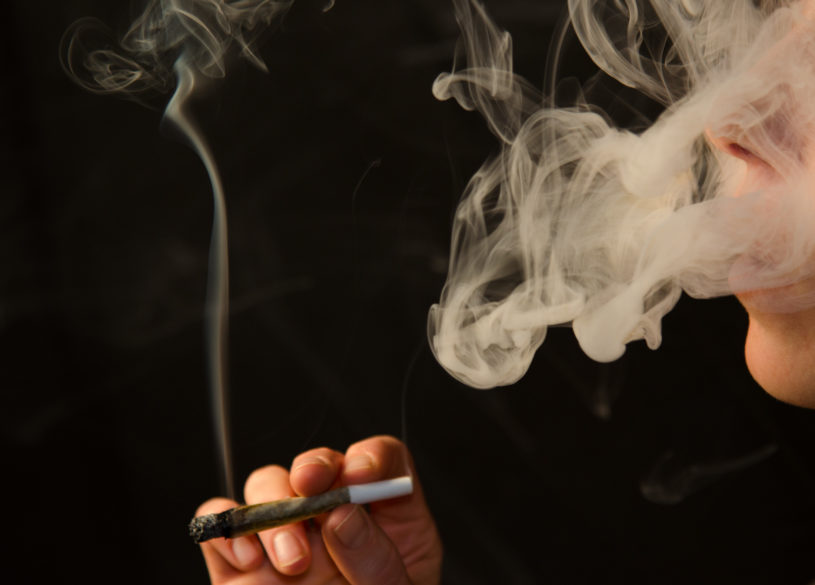 Why is Marijuana Illegal?

Well, it isn’t in Colorado, but we’re much smarter than those federal people who can’t seem to figure out that pot is just a plant. However, it’s not really their fault when you think about it because ignorance is an insidious thing when it gets intrenched, and that’s what Washington has been dealing with for decades. But truth is the best remedy for ignorance, so that’s what I’m gunna give you in this week’s post.

For the record, I made it all the way through my writing program in college without writing a single paper on the absurdity of criminalized cannabis because that’s the type of paper every student writes at least once, and I wanted to avoid the cliché. But as it turns out, this choice was an ironic one because now that I have my writing degree, I spend my days writing only about marijuana… whatever, I’m going to embrace it. So, this week, I figured I’d write for you the paper I avoided for all those years, because after all, there are some things about cannabis prohibition that everyone needs to know. Here we go:

A Brief History of Cannabis Prohibition

In the beginning, it was the snake oil salesmen who ruined it for everybody. They’d travel through towns and make all sorts of nonsensical claims, like “cannabis cures erectile disfunction!” So, in 1906, the Pure Food and Drug Act was passed which made it illegal to make medicinal claims about any substance without proof, and it limited the sale of narcotics and cannabis to pharmacies. This was the first time cannabis was mentioned in any sort of legislation.

As an aside, it’s infuriating when people refer to legalized cannabis as a “social experiment” because when you think about it, weed has only been illegal for about 100 years. Throughout the rest of our history, cannabis was legal, so criminalizing a plant was the real social experiment, and it didn’t work. Anyway, moving on…

Then came the first of three butt-heads you need to meet: William Randolph Hearst. This guy was your archetypical fat-cat—he owned the world’s largest newspaper chain and a bunch of forests that he used to feed his paper mills. And do you know what’s a threat to people who make their living making paper out of trees? Hemp. It grows faster and makes better paper, so Hurst hated it. And it didn’t help that Pancho Villa invaded one of Hurst’s forests because Pancho was from Mexico which is where all the pot came from back then. So, Mr. Hurst used his newspapers and political clout to spread all sorts of misinformation about “evil marijuana.”

The second butt-head we need to talk about is Harry Anslinger. This guy rose to prominence as the head of the Treasury Department during the alcohol prohibition years, but when alcohol was legalized (because making drugs illegal doesn’t do anything), Anslinger found himself twiddling his thumbs. He was about to be unemployed, just like all the jerks under his command who used to make their livings busting alcohol smugglers, so he used his influence to spread false propaganda about pot. People believed him because people are dumb, and then Congress passed the Marijuana Tax Act in 1937. 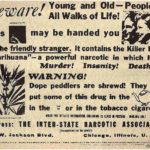 You see, nothing in the constitution allowed the federal government to ban a plant like cannabis, so they decided to “tax” marijuana, but then they intentionally forgot to create the system to generate licenses or collect the taxes. Ergo, since nobody could get a license or pay tax, it became illegal to grow or sell cannabis.

Everyone has heard of the third and final butt-head: Richard Nixon. He championed the Controlled Substance Act of 1970. Under this act, marijuana was classified as a Schedule 1 drug (right alongside others like crack) because it was a “harmful substance with no medical benefits.”

This brings us to where we’re at today. A handful of states have pulled their heads out of their butts and legalized pot because it sure as hell isn’t a harmful substance with no medical benefits, but most places still believe all the “reefer madness” lies and propaganda that got us into this mess, even though papers like this one are written every year by college students who are smart enough to look in the history books. And lobbyists from privatized prison systems and big pharmaceutical companies spend millions each year to keep pot illegal because there’s a ton of money to be made by locking up pot smokers and making pills that don’t work nearly as well as a plant.

There… that’s why marijuana is illegal in most places. Isn’t it irritating? But hey, Colorado isn’t one of “those places,” so if you’re like us and you prefer fact over propaganda, come into our Durango dispensary at 208 Parker Avenue and we’ll set things straight with some of the highest-quality cannabis on earth. We’re Your Best Buds!