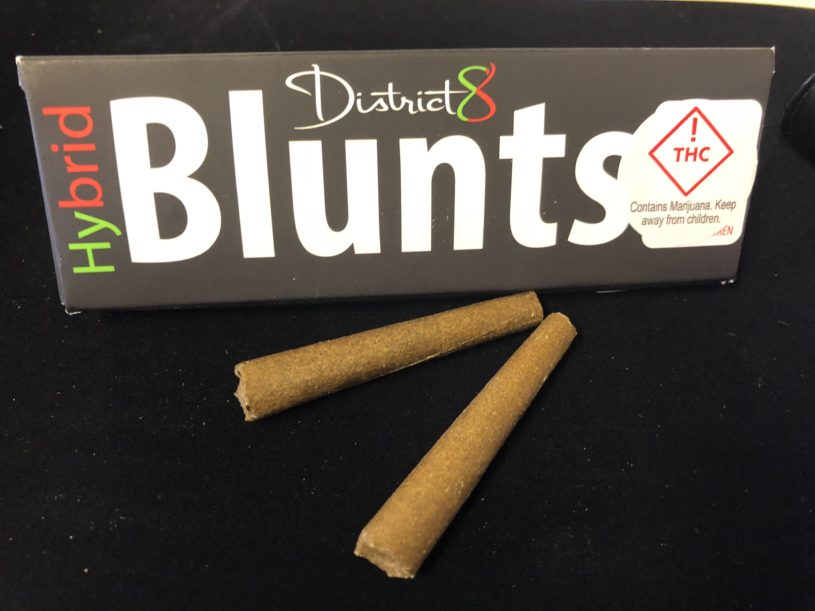 Blunts were special things when I was younger because they combined two things I wasn’t supposed to have: marijuana and tobacco. My friends and I would buy one of those nasty Swisher Sweets with a honey-dipped tip, break it open to scrape out all the brown stuff, and then we’d fill it with way too much pot. We’d light it and smoke it with exaggerated nonchalance, kind of like we were godfathers in an old-school gangster movie. The smoke was harsh and the high was too intense, but those were ridiculous days.

When I moved to Colorado, long before landing this dream job, I got in one of those nostalgic moods that make old people famous, and I started shopping around for dispensaries that sell blunts. I didn’t find any. As it turns out, it’s illegal to sell both tobacco and cannabis in the same place (even though you can sell alcohol and tobacco in one place, which makes no sense whatsoever). So, I gave up, because I was way too old to buy a Swisher Sweet and act like a godfather.

But then a few weeks ago, someone from District 8 called us to tell us about a promotion he was running to help the foodbank right here in Durango during the 416 Fire; he committed to donating one food item for every pack of blunts that we sold. That was super cool, but wait… how’d he manage to get around that nonsensical “tobacco and cannabis aren’t allowed to be sold in the same place” rule?

District 8 has figured out a way to cure hemp paper until it’s brown and musky, just like a tobacco wrap. They dip their hemp blunts in honey for that sweet tip blunt-lovers remember from the Swisher Sweet days, and District 8 nailed it. Each pack of blunts contains two half-gram hemp cones that’re filled with 100% pesticide-free flower. And District 8 always uses strain-specific bud, not trim. Their blunts are nicotine-free but you still get that tobacco taste, each one is the perfect size for one or two people, so nothing is wasted, and these things smell amazing, like a humidor filled with cannabis.

However, there’s an issue: Durango seems to love these things. As I’m writing this, we only have four packs left, but we’ll hopefully have more for you by the time you read this if everything goes well. So, if you’re a fan of blunts, or if you’ve never tried one and you’d like something a bit more robust than a traditional pre-roll, bring your valid I.D. proving that you’re twenty-one or over to Your Best Buds at 208 Parker Avenue and we’ll hook you up!