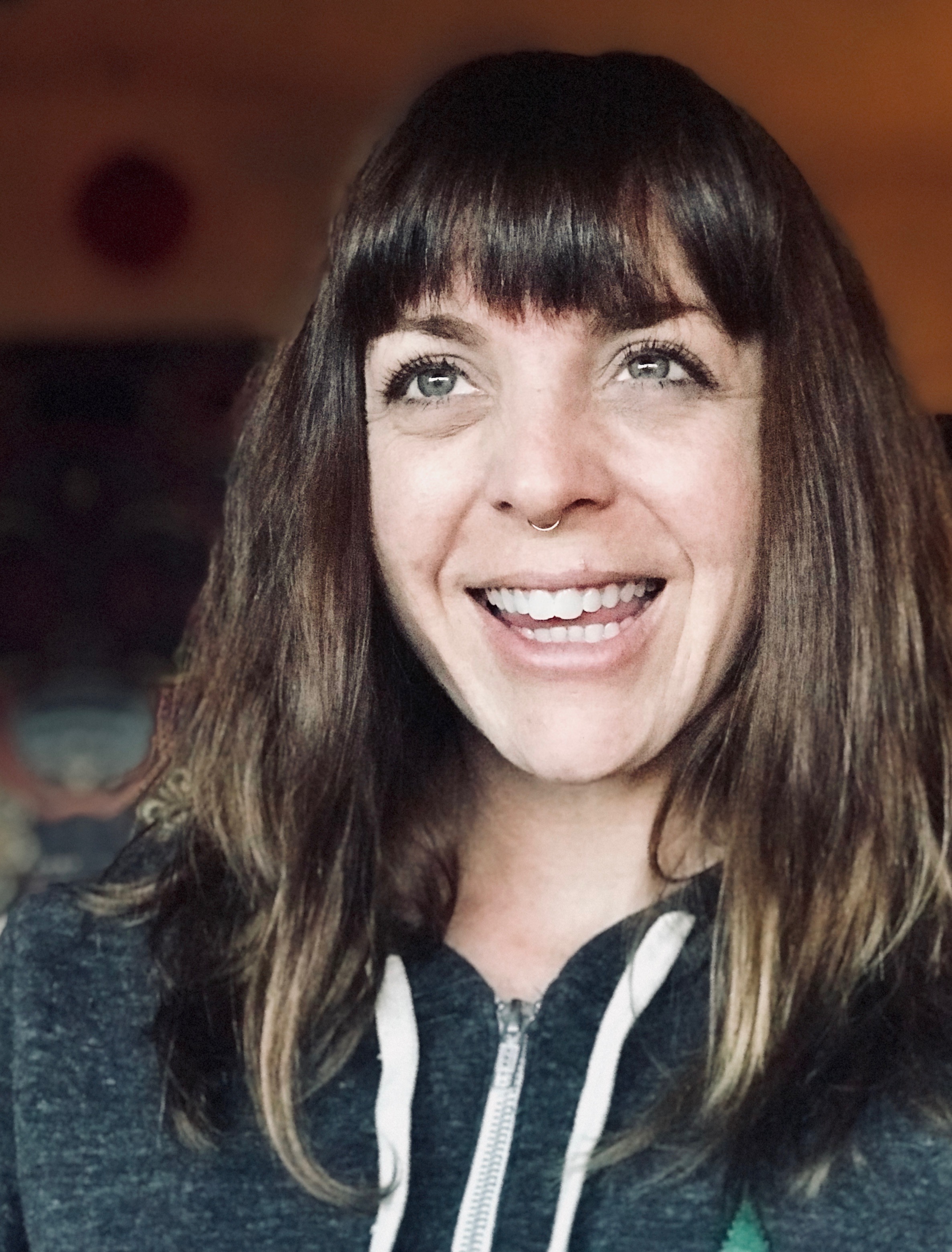 March’s Best Bud of the Month

Picture all your friends standing in a field. Now pick out “the dumb one.” How long did that take you? A millisecond? It was easy for you because people like to pigeonhole other people. That’s what we do; we’re natural-born categorizers.

But Sloane doesn’t really fit into any of those pigeonholes. She takes up four or five of them with her complexity, with the depth of her personality, and to interview her was a delight:

Q. When did you start working for The Greenery?
Sloane. “November of 2015.”

Q. What’s your favorite way to enjoy marijuana?
Sloane. “I love Strawberry Cough in the bong. I love the glass and the cold water, and the way it makes the smoke cleaner.”

Q. What’s your favorite outdoor activity?
Sloane. “Taking pictures when I’m in my car or when I’m hiking. Or riding my cruiser ‘Pinkie Tuscadero.’ You know, like the character from Happy Days. It’s got hot-pink wheels and grips.”

Q. Tell us about your pet.
Sloane. “I have an evil kitty named Betty Beans, aka ‘B.B. McFuzz Pants,’ because who doesn’t give their animals multiple names?”

Q. Which station do you stream while you’re working at The Greenery?
Sloane. “We use YouTube for music. And really, I should be honest: mostly, I listen to Sturgill Simpson. It’s a problem.”

Q. What do you like most about working at The Greenery?
Sloane. “I love normalizing the world of cannabis. I’m a single mom in my forties, and I make hash for a living. I’m making this life normal, just as it should be.”

These interviews always get awkward right at the end. It’s important to include a story about the interviewee, something anecdotal that’ll help you get to know a team member here at The Greenery. But it’s a difficult question to answer when you’re on the spot:

Q. Would you share with us a story that’ll forever immortalize you on the internet? Something interesting that’ll pretty much define you as a human being? Something that’ll be read by all your coworkers and friends and the government, because you know they’re watching, right?
Sloane. “Um… there are lots of stories,” her laugh sounded like experience, “but one time, the school bus stopped to pick me up when I was almost forty. I told the guy I was on my way to work, but he thought I was a teen. He drove away, and I could see all the kids through their windows. They were laughing and watching me as their heads turned while the bus drove away.”

Most of us know for a fact that the school-bus story doesn’t define Sloane (there’re much better ones, like the one with the Scottish people or the one that ends with a lot of laughs, like most of them do), but the fact she chose this particular story says a lot. It’s a slice, a little snippet of Sloane’s hilarity that says something about her rather than about what happened to her, and that’s just cool.

To the people who don’t work in this Durango dispensary, Sloane is the woman who makes Moroccan Hash for The Greenery Hash Factory, along with a whole slue of other exotic concentrates. But to us, she’s part of this company, part of it’s soul, and even though Sloane doesn’t fit into a pigeonhole, she fits in here. And that’s why Sloane Burdick is your Durango dispensary Best Bud of the Month for March; congratulations Sloane!

Make sure to check out Sloane’s artwork HERE! 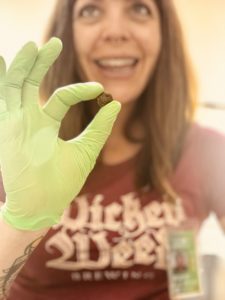