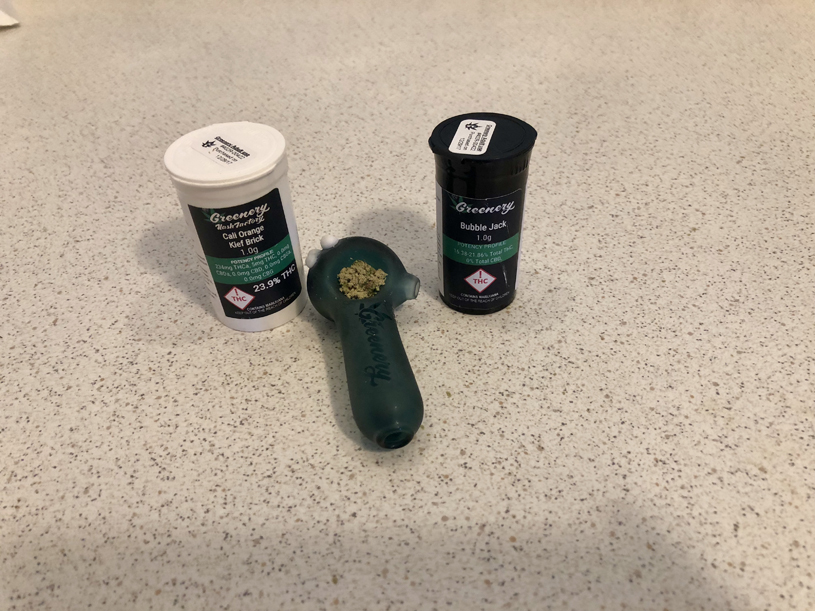 When it came to buying pot yesteryear, you got what you got. The man would give you a bag full of unnamed weed, and you’d smoke it, not really knowing what was coming down the pipe—that bag didn’t come with a potency profile or a strain name, but that didn’t matter because nothing else was available. Those were dark days.

Seriously, can you imagine what it’d be like if all recreational drugs were sold like that? For instance, if you were in the mood for an indulgent red wine to pair with a ribeye, but booze was only sold out of a van behind Walmart, you might end up with some lukewarm Miller instead of a nice bottle of merlot… there’d be riots in the streets. And by way of analogy, the same rings true when it comes to marijuana, because different types of pot are better for different types of things: some strains work well for relaxation, which is perfect for the dark of night but not-so-perfect when you’re looking for a touch of inspiration, and some strains pick you up and get the thoughts flowing, which is perfect for daytime creativity, but ill-fitting for the moments when you simply want to pass out. Yes, most of these differences stem from the difference between Indica and Sativa, but it’s not always so straight-forward. And in that vein, if you come into our dispensary and tell one of our budtenders exactly what type of high you’re going for, they can point you in the right direction (seriously, our budtenders are like pot sommeliers).

However, here’s a secret: marijuana strain selection can be taken a step further if you dabble in mixing marijuana. As an example, I love the potency of Chemmy Jones, but the taste is a little over the top (as is the manic high that comes after only a few hits). So, whenever I end up with a little Chemmy, I grind it up and mix it with a fruitier strain like Blueberry. And yes, Chemmy is a Sativa and Blueberry is an Indica, so when you mix the two strains together, they meet in the middle and sing “Kumbaya” in your head (or at least that’s what it feels like because the high is so perfect). Anyway, my point in all this is that since we no longer have to buy pot out of a van—now that it’s possible to come into The Greenery and smell the weed before you buy it from a pot expert—mixing marijuana to find the perfect flavor and high is a possibility. These are bright days.

But wait, there’s more (did I just sound like a used car salesman?).  Now that we’ve opened The Greenery Hash Factory, you’re no longer limited to just mixing pot with pot: thanks to the bowl topper, the combinations are nearly limitless. As a quick aside, a “bowl topper” is any sort of concentrated marijuana product you sprinkle on top of the pot in your pipe to kick thigs up a bit. I apologize for relying so heavily on the cliché “pot and alcohol” type of comparison, but adding a bowl topper to your marijuana is like adding a shot of whisky to your beer, but without the shameful hangover. Anyway, back on track…

At The Greenery, we make and sell three different types of bowl-topping hashes that I would strongly recommend trying. We have Kief Brick, which is the most flavorful bowl topper because it’s compressed trichomes, we have Bubble Hash, which is the easiest to use because its powdery consistency is perfect for sprinkling, and we have Moroccan Hash, which is by far the coolest because it invokes all sorts of nostalgia stemming from the old-school way of concentrating marijuana. I won’t get any deeper into the differences between these hashes because I wrote about this subject in a different blog (which you can read HERE), and this week, I just wanted expand your high-horizons by letting you know that it’s perfectly okay to smoke two different strains of marijuana at once. Exciting, right? And just to get you going in the right direction, here’re three bowl-topped combinations that’re exceptional:

As I’m typing this, all three of the combinations I just listed are available in our dispensary, but things sell out quickly, and our specific stains rotate almost daily so we can keep things fresh and interesting for you. So, if one of these combos isn’t available, just come in and talk with one of our knowledgeable budtenders. He or she will let you know what mixes best with what, and we’ll send you on your way with something new to try, because We’re your Best Buds, and your high matters to us. 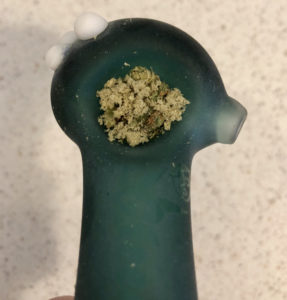