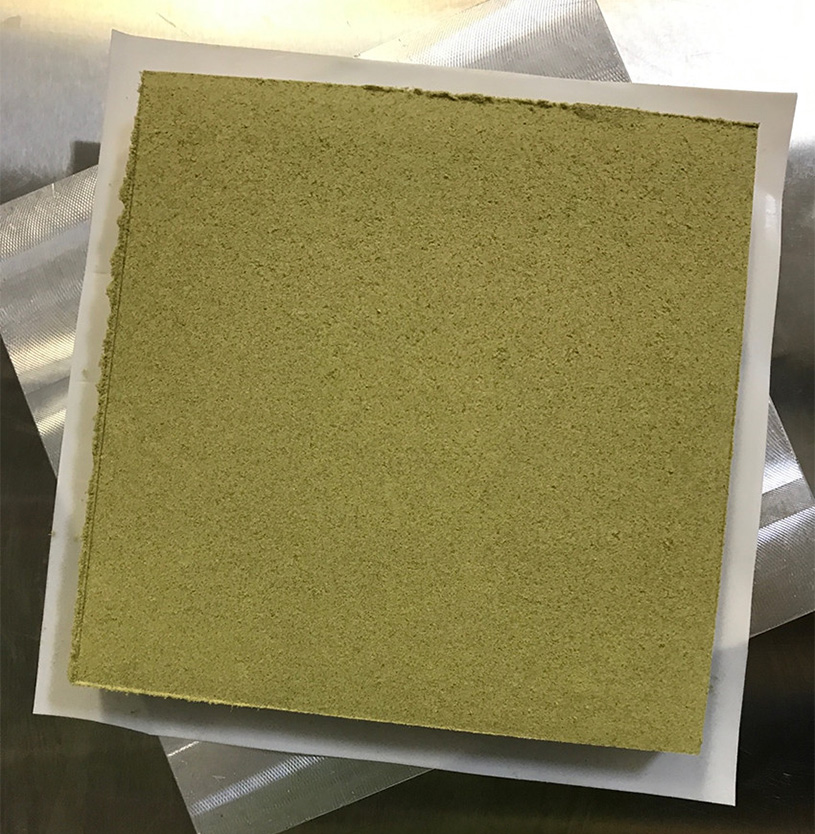 Thirty years ago, my father had a poster hanging on the inside of his closet door: it said, “a puff of kief in the morning makes a man as strong as a hundred camels in the courtyard.” The poster was warped and creased with age, the font was straight out of the sixties, and a tall hookah was pictured on the left with smoke wafting from the bowl at its crown. And as a child, I had no idea what it meant. I assumed it had something to do with drugs, because those are the things you “puff,” but I ruled that out quickly because my father didn’t do drugs; he loved his polo shirts and his hard-to-read books and his government job. However, the years passed, and I finally figured out that the poster was indeed a relic from my father’s hippy youth. But I still didn’t know what “kief” was.

Fast forward to my freshman year: a guy named Drew gave me a homemade kief box as a gift. As a side note, they call them “pollen boxes” now because kief is still illegal in most backwoods states, but that’s irrelevant. Anyway, when Drew gave me the box, I opened it and looked inside. There was a fine screen in the bottom with another compartment below it. I asked Drew what the hell a “kief box” was, and after giving me an incredulous look, he told me to keep my weed in the box and shake it gently from time to time—Drew told me that the “kief” would fall through the screen into the compartment below, and that I could take it out and smoke it.

So, I did exactly what Drew suggested. And after an eighth or three of that good west coast weed, I’d collected a decent dusting of kief in the bottom of my box. I took it out, sprinkled it on top of a bowl loaded in my bong, and I smoked it. I sat back in my dorm room and I waited for the strength of one-hundred camels; I waited for the superpowers promised by my father’s poster. They never came, of course, but at least I figured out the riddle to that poster (by the way, Google says it’s worth $1000 now), and at least I discovered kief.

Kief is an Arabic word meaning “pleasure” or “intoxication,” which, if you think about them, are two pretty damn synonymous words to start with, so it makes sense that the Arabs would use only the one word. But the kief I’m talking about is something you smoke: it’s a naturally-made marijuana concentrate formed from the dried trichomes found on cannabis flower. And frankly, kief is one of my all-time favorite ways to get high. But it’s always been difficult to find, just like all the good stuff in life, because most kief is homemade and so good that most people won’t share it. However, that’s an annoyance from the past because The Greenery Hash Factory has started manufacturing and selling old-school kief right here in Durango, Colorado.

We make it simply and naturally—we put premium, boutique flower in our dry-sift machine (using a 150-micron filter), and we let friction do the work. The flower tumbles around for a while and all the wonderful kief falls into a collection bin below (it’s like that little wooden kief box of mine, but on steroids). We take out the powdery kief and compress it into a brick with a pneumatic jack, and then we cut it up into grams of “kief brick” that we sell for $30 before tax at our local dispensary. The batch I smoked just before writing this (yeah, that’s right) was made from Indiana Bubblegum flower, and the numbers are incredible: the THC came in at 44.9%, and the CBG came in at 3.1%. At this point, especially if you’re a regular reader of marijuana blogs, you’re probably bored to tears when it comes to information on cannabinoids like THC and CBD because it’s ubiquitous, however, CBG is an up-and-coming cannabinoid you should pay attention to—this odd little chemical is actually the parent of both THC and CBD, it’s thought to have anti-inflammatory properties, and it might even be a neuro-protectant (smoking high-CBG concentrates might actually protect your brain, despite what your mother told you).

However, just like I said in last week’s post, the numbers don’t matter much, nor does the science—it’s the experience that counts: our kief is incredible, and I’m pretty sure this is the stuff Tinkerbell sprinkled on the Lost Boys to make them fly. And smoking kief is like eating the frosting first and leaving the cake behind, because you’re smoking the trichomes without the sticks and stems you’re used to. It’s flavorful and rich, and the smoke expands in your lungs, like a genie trying to get out of his claustrophobic lamp. The high is complex and long-lasting, with warm body notes and a cerebral giddiness that seems way too intense for something that costs only thirty bucks per gram.

But it’s the flavor that’s remarkable.

All the terpenes for which marijuana is famous are found in the trichomes—these terpenes are what give marijuana its smell and taste, and when you’re smoking pure trichomes, the flavor is multiplied exponentially. You can taste all the fruit and citrus and pine notes as if they were highlighted by a big marker, and all the subtle nuances that were hinted at before in plain flower stand out in kief like the stars they truly are. And this stuff smells exactly like it tastes: pungent, like intoxicating potpourri.

Actually, you just need to see it for yourself. You need to smell this stuff in person. You need to smoke it and sit back, and experience if it’ll make you feel stronger than one-hundred camels in the courtyard. So please, come in to The Greenery and ask one of our budtenders to show you our kief; this stuff is just as good as it sounds, and we’ll share it too, because that’s what Your Best Buds are for. 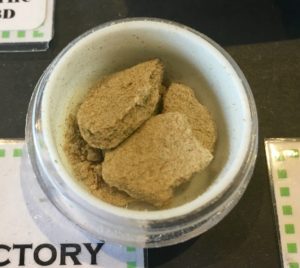