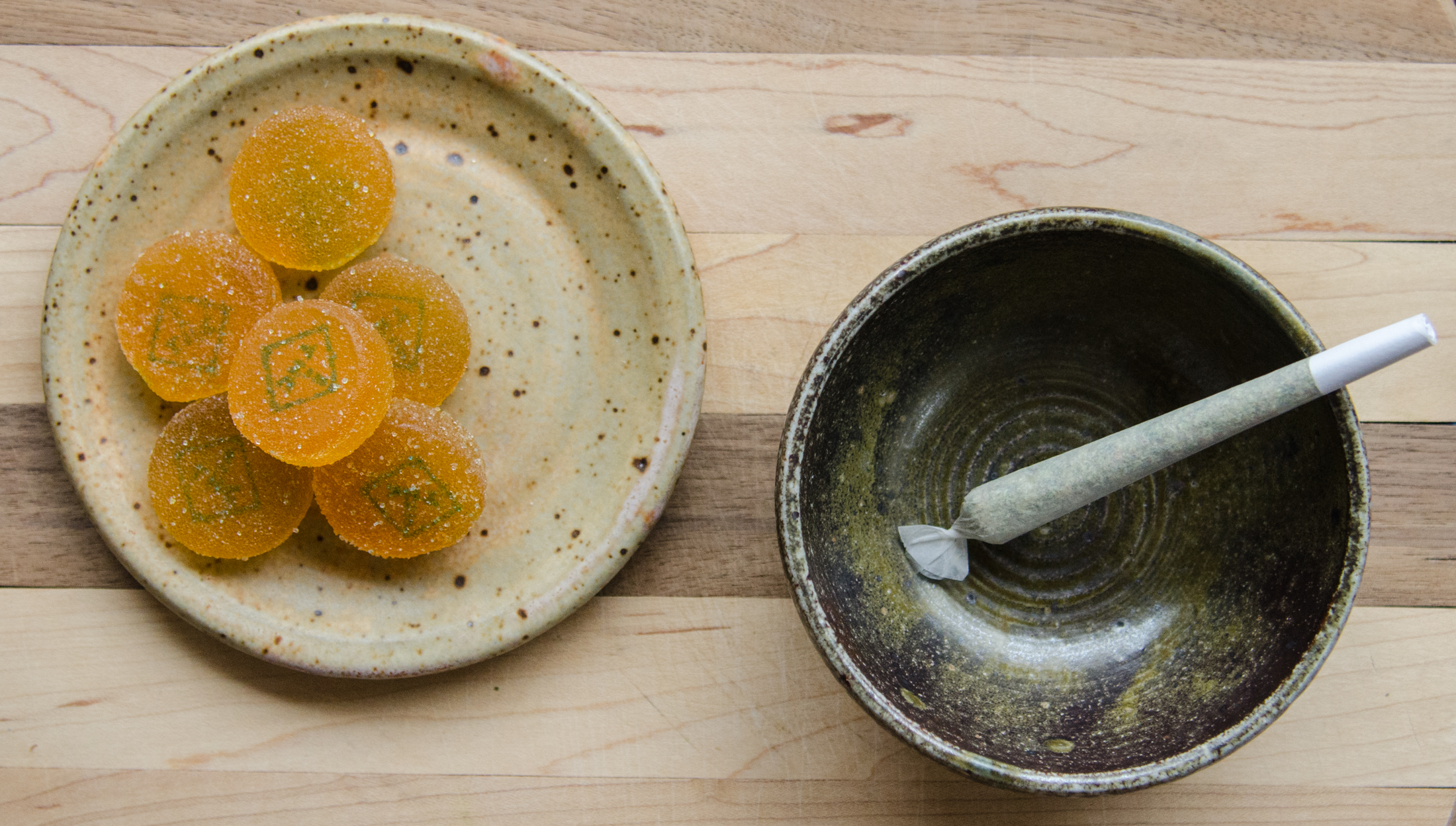 Three people have asked me this question before I sold them marijuana. It’s a strange feeling—knowing that you’re selling pot to someone who’s only heard stories about the high—and it’s an honor to answer it. But in a way, it’s a nebulous concept, one that seems ineffable once you try to put it into words, and I had to pause mentally each time someone looked at me across the counter and asked this question.

The first gentleman who asked me what it was like to get high practiced an Orthodox faith. He was kind and paternal. He’d already spent a few years in his eighties and he was in a wheelchair, resplendent in his tailored suit. He had sharp eyes and hair so white it was translucent; he sat in his chair and looked up at me and asked if the marijuana I sold would make him hallucinate. He’d tried every prescription drug on the market, searching legally for something to alleviate the pain associated with the neuropathy that’d already cost him a leg, and he was desperate. He’d never taken any sort of recreational drug because it was forbidden: no alcohol no nicotine no marijuana. And he didn’t know what to expect—he was afraid that he might see flying animals or go mad, just as the early propaganda predicted. I took my time and described the sensation, but I’ll get to that in a little bit.

The second gentleman who asked me what it was like to get high hadn’t seen many cities. Quite literally, he drove straight to our dispensary from a compound in Utah. This man was kind too, but his clothes were simple and unadorned. His hair was the color of dried clay and his demeanor was unassuming. He didn’t suffer from pain, but he was tired of living someone else’s life. Marijuana had been forbidden to this second gentleman as well, as had coffee and profanity, and he’d decided to just jump right in and smoke something salacious after thirty-five years of abstinence. But first, he wanted to know what it was like; he wanted to be sure that the marijuana myths he’d heard wouldn’t turn true after the first puff.

The third person who asked me what it was like to get high needed a translator; we used her adult grandson. He was a patient man, one who’d been smoking for years, and he held his grandmother’s hand as she walked in. She was an archetype: she wore a permanent smile and a floral print dress with large glasses nestled into her curled, grey hair. She walked around timidly, as if the wares we sold might leap out and thwart over sixty years’ worth of resolve, but she warmed up to me almost immediately. We talked through her grandson because my Spanish es no bueno, and her biggest fear was that she’d become instantly addicted; she wanted to be assured that there was a road back from the marijuana gummies I was showing her. And she wanted to know what it was like to get high.

Well… it’s wonderful. It’s pretty much exactly what Goldilocks was looking for: not too hard, not too soft, not too debilitating and not too ineffectual. After the smoke comes in and goes out, the tension disappears. Muscles relax that you didn’t know were strained, and you smile involuntarily. Your whole body, your very soul, heaves a sigh of relief, comfort, happiness. The world starts to look bright and beautiful and you see the good you’d overlooked just a moment ago. The clothes you’re wearing start to feel like pajamas, the music you hear starts to sound symphonic, and the food you eat starts to taste like the wonderment you’d find in Wonka’s chocolate factory. It feels like you’re standing in a ray of mana that’s raining down from above just for you, and as you bathe in it, life’s worries fade to the insignificant things they truly are; the pain dwindles.

And it isn’t addictive. This has been proven scientifically time and time again. The negative side effects are laughable: xerostomia (dry-mouth), an increased appetite (bring it on), and occasional anxiety (there is such a thing as too much of a good thing). In fact, and I tell this to worried customers all the time, marijuana is the second safest recreational drug out there. I’m sure you’ve read all the articles out there like this one, but just in case you haven’t, the super-smart people over at The Global Drug Survey have crunched all the numbers and compiled all the data (like emergency room visits), and they’ve ranked the nine most popular recreational drugs as per the danger associated with each one. Magical Mushrooms are the least dangerous, marijuana is a close second, and alcohol (you know, that socially accepted stuff) comes close to beating out meth as the worst stuff out there. Figures.

Frankly, I’m not sure why someone wouldn’t try marijuana—life needs to be lived—and when first-timers fall into my lap, I do my duty. I tell them the truth, and I describe what it’s like to get high honestly, sans flying animals and madness, and I make sure they leave our dispensary with the comfort that comes from making the right decision. As a budtender at The Greenery, that’s my job, and as one of Your Best Buds, it’s my pleasure.