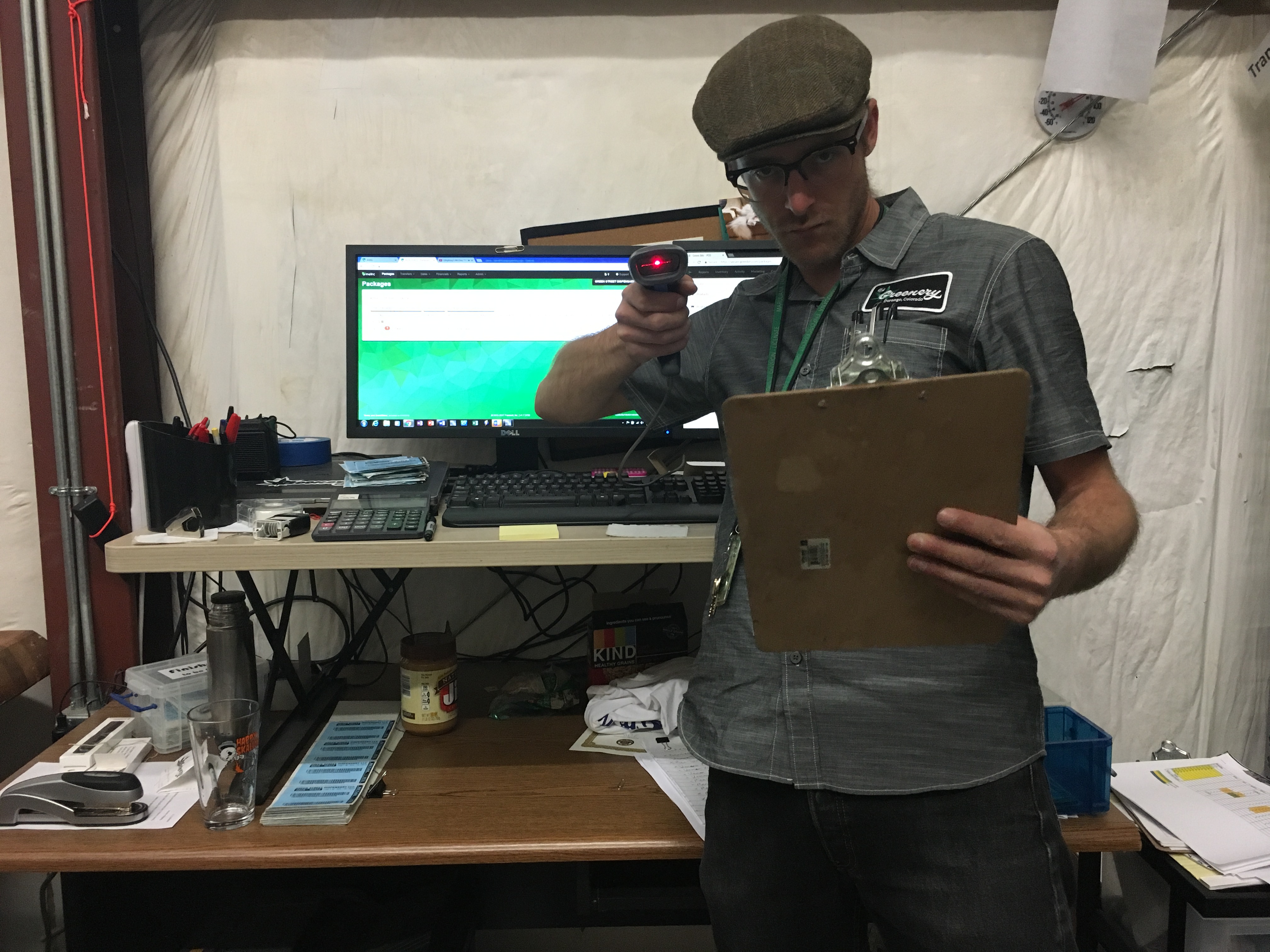 Sam Redman is The Greenery’s very own Renaissance man. He’s an intellectual—one who can wear a denim jacket and pull it off—and he’s done all the things the rest of us just want to do: he camped in the backwoods of France for five months on end; he traveled the world just to see what he could see; he’s the front-man of a badass funk and hip-hop fusion band, Diabolical Sound Platoon. And he’s a great guy to work with. He usually stays in the back, crunching numbers at his standing desk while a podcast plays in the background, but he runs to the register when the rush hits, and he serves our customers with an affable smile, an easy laugh. Sam helped build The Greenery, lending to our company culture his eloquence and attention to detail—he’s a cornerstone in our team, an all-around cool guy, and he’s your Best Bud of the month.

Q. When did you start working for The Greenery?
Sam.  “A month before we opened.”

According to a fellow budtender, “Sam is kind of a big deal,” because he’s been here from day-one. He strapped on a tool belt and put in the floor our customers walk on daily, and he’s been managing our ever-changing, quicksilver inventory ever since.

Q.  What’s your favorite way to enjoy marijuana?
Sam.  “I don’t have one. I like all of it, from dabbing to vaporizing to smoking flower.”

Q.  What’s your favorite outdoor activity?
Sam.  “Bouldering. It’s a concentrated, gymnastic way up the rock, with pads and chalk, but no ropes. It’s climbing rendered down to its essence. I love solving bouldering problems, and I’ve authored a few local first-ascents, like ‘Al Montana.’”

Q.  Tell us about your pet.
Sam.  “Logan is a manly Maine Coon, but he isn’t named after Wolverine. He’s nineteen years old, and he got his name before Hugh Jackman was cool.”

It was early morning a few years ago, and Sam was sleeping when he heard his roommates screaming that “Logan had caught a bird.” Sam ran buck-naked into the living room to find Logan battling a bona fide turkey vulture with one of those wingspans you usually see only on The Discovery Channel. So Sam jumped into the fray and grabbed the monstrous bird while his roommates pointed and laughed, despite the fact that naked bird wrestling is a serious situation. Sam ran to the window with his prize and knocked out the bug screen while his foe fought with talons and screeching bird noises. Sam released the vulture into the air (no doubt in slow-motion, looking like a rugged falconer), and it took flight immediately without looking back. Logan was pissed for weeks, never truly forgiving Sam for his intervention, but that’s just the way cats are.

Q.  Which station do you stream while you’re working at The Greenery?
Sam.  “I like cold-wave and podcasts. Lately, I’ve been listening to a lot of Neil DeGrasse Tyson.”

Q.  What do you like most about working at The Greenery?
Sam.  “I love our customers, and the challenging aspect of controlling our extensive inventory.”

And there you have it. Frankly, this company is what it is in a large part thanks to Sam’s contributions. He’s a witty guy with a cunning repertoire of pickup lines, and he’s a knowledgeable budtender. The next time you come in, look for the guy in a jeans-jacket and say “hi.” Strike up a conversation about flat-earthers and tell Sam they might be on to something. He loves that kind of stuff… 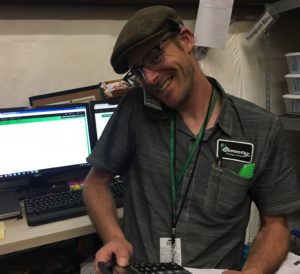 Sam solving some marijuana mutha-fucking mysteries at his post.